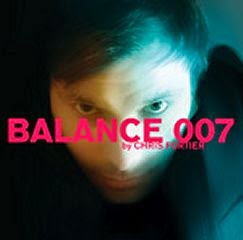 Betty Kang, PlexiPR ~ Fresh off the heels of his new mix album Balance007, a 3xCD and 2x12" vinyl album from the acclaimed Balance CD series from Australia's EQ Recordings, DJ/producer Chris Fortier continues his trek along his U.S. and international tour dates.

On Balance007, Chris Fortier’s brings together a long career in electronic dance music to emerge with an evolved album featuring the minimal, mechanic sounds of a DJ whose tech-laden side is in force. The album features various tracks from established artists such as Carl Craig, Rabbit in the Moon, Hardfloor, Bent, Slam, and Agoria, as well as obscure electro cuts mined from obscurity. His reputation as a skillful deft mixer is prevalent here with ultra smooth transitions including his own re-edits that create a “crushing symphony” across 3xCDs. (SOUNDREVOLT.com)

Currently on his summer 2005 tour, Chris Fortier continues to travel to every corner of the globe with a heady arsenal of underground tunes that propel the dance floor into action. Shortly following his US and European tour dates this summer, Chris will venture to the Far East (China, Indonesia, South Korea, and Singapore) before returning to continue the Autumn leg of his U.S. tour.

Currently residing in New York City, Chris’s long 15 year trajectory as a highly successful label and record pool owner, DJ, producer, and remixer has all influenced the impact of dance music in America. His roots can be traced to the early nineties in Orlando, Florida, where he was spotted by DJ Icey and quickly heralded by Kimball Collins as resident at the infamous Aahz nightclub. These visionary and legendary nights served as a platform to bring Sasha and John Digweed to America for the first time, and establish the early “progressive” sound that would become synonymous with clubbers and DJs alike for years to come. Steeped in a background of learning his craft through long sets at his various residencies during his days in Central Florida and later at Twilo in New York, Chris is a veteran DJ who has learnt his craft the long and hard way with perseverance and a true passion achieving hard-won respect.

In 1999, Chris together with partner Neil Kolo remixed Delerium “Silence” featuring Sarah McLachlan vocals which became an instant underground sensation with over 1,000,000 copies sold worldwide! Also as head of Fade Records, one of America’s consistently superior imprints, Chris has overseen a string of successful releases since 1995 and has continued to produce his own dancefloor hits like ‘Whateveritis’ and utilized the label to nurture new talent like Steve Porter and Icelandic band Funk Harmony Park. Most recently, under Chris’ leadership the Balance Record Pool was recently awarded the Best Record Pool award at the 2005 International Dance Music Awards (IDMA).

The year 2005 will be another milestone in the long career of an undisputed dance floor doyen who ultimately delivers with Balance007 and across dancefloors globally.

About the BALANCE compilation series…

Australian Melbourne based EQ’s Balance compilation series is a success story for many reasons. There are few, if any, Australian labels that can boast such an internationally reputed series. Slowly gaining on the heels of the Global Underground series, Balance serves as a flagship for the progressive movement, although the acclaimed offerings from recent Balance contributors Phil K, James Holden and Chris Fortier have made fans of progressive use the word in its widest possible context. “Part of the reason I agreed to do the mix was because I really liked where the series was going, especially Phil K’s and James Holden’s mixes,” explains Fortier. “I really liked that it had created its own identity now. And I liked the fact that I could still do whatever I wanted to do, and still contribute to the defining nature of the series as opposed to being part of a series that everyone already has a definition for.” (INPRESS – Terry Goldfain)