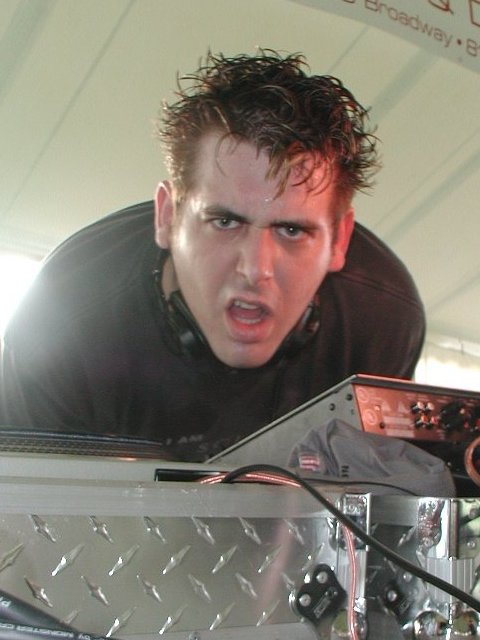 by DJ Solaris ~ Local KC Techno DJ, Solaris is back once again with his picks for some of the hardest and rawest Techno beats for the new year. Always looking for ways to push the limit of your Techno experience, check out these tracks and, courtesy of DJ Solaris.

Teknic Records - Jeff Amadeaus vs Ganez - TEKNIC02
Nice tracks here the first is a nice opener with the reverse is a nail driver. Drums and effects galore. It defiantly makes me feel like I want to go 10 rounds with Mike Tyson, just as long as I have ear protection.

Cluster - Mobile Dogwash - CLUSTER73
This label never surprises, it keeps me feeling young knowing that there is a bit of consistency with techno. Granted it is hard as nails, and I think it will never change. But once you get through to the plutonium core you will be able to create your own nuclear device out of old pinball machine parts….keep this for yourself!

Stealth - Alex Calver & Mark Maitland - STEALTH003
Alex C never fails to impress! This flip is nice and hard, reminds me of a bit of the Beyer mentality. Drums and darkness oh my! Just don’t follow the yellow brick road like everyone else and go into the forest, it is good for us all.

Blueline - Andreas Kremer - BLU025
This man shares the same love of putting the vision of apocalypse into a medium of music that makes life worthwhile. If only Obi-one was listening to this he might have thrown that whiney bitch into the lava like I wanted.

Blueline - Primal aka Marcus Olson - BLU026
Why be picky and place only one piece of wax up when both are of such great driving quality? You don’t, what you do execute is get both and drive those kids into the ground. Just bear in mind human farm post don’t make good friends….

Combat Skills - Pet Duo, Matt M Maddox - CSK005
They provide copies of this at ninja training school. If you can survive this onslaught then you might have a chance at being a ninja. Don’t worry, not everyone can, but those of us that do will be better off for it.

Skull Tunes - Boris D
This guy may have a Russian name, but I’ll be damned if he isn’t a secret agent bombing for bin laden with these tracks. This wax is a bunker buster if I ever heard one before. Want to destroy something? Take this out and beware the ensuing holocaust.

Open Source - Pat Hurley & Maxx - OS003
Not near as explosive, but defiantly a nice groove here. So get out of that cave and chill for a bit. This is the calm before the storm. If there was ever such a thing in the first place.

Temper - Michael Burket - TEMPER009
What a nice driver! I mean hell if I was going to Vegas with all my bosses money to loose it on a single bet, I would be listening to this the whole way there. I am not sure if life would ever be the same, but it would be a hell of a lot of fun for the time being.

Working Vinyl - Andreas Kremer - WV017
As always I leave something nice at the end for all you headz. What better than this man. He is what drives me to expand my collection of wax exponentially. If only all things were made like this I believe we would stop holding events indoors…the building would most likely collapse from stress overload. But we like living dangerously, that is why we do it.
zine.v1.stories