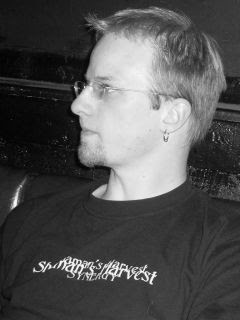 by Brent Crampton ~ photos by todd ~ Many people eventually find themselves in the “early 20-something” category where the weekends are spent out and about in celebration without a cause. Then one day your peers get too busy with their full-time career and soon-to-be marriage. The carefree party lifestyle slowly recedes away as long days and early nights soon take sway. When your friends move on to the “next phase” – what’s a person to do?

While some move on from the party life to make a living, others such as Lee Burgess, earn a living off of partying. When it comes to his professional career, Burgess quite literally makes a profit from other people partying. As The Talent Buyer’s Assistant for Clear Channel in Kansas City, Burgess has enjoyed being part of the process of bringing in a wide variety of shows and concerts to the Lawrence and Kansas City area. Oddly enough, it isn’t those acts of goodwill to the entertainment industry that Burgess is most known for.

Events by the name of Chaos Theory, Prophecy and Synthesis hold more relevance than the tabloid exploited stars to the subculture of people who know Burgess. These events took place under the guise of Lee and his partners Lane Coley, Scenario and Will Crabtree’s own ambitions. Their production company, Architects of Chaos, has put on dozens of events. With a primary focus on catering to people of the ages 16 to 24, his events are late-night, sweat-infused party kids getting down to the underground sounds of electronic music.

Burgess recalls the one event that set the tone for his career:

“My brother and I convinced some friends of ours to help us break into this abandoned building to scope it out and clean it up. We then got police scanners, a map point, generator for the sound system . . . the whole nine yards. We passed out yellow business cards with the name of the party, a date and a phone number. That was it,“ Burgess recalls.

"Kids went nuts at the party. It was one of the wildest things I’ve ever seen. We partied until four in the morning, then we decided we had pressed our luck for long enough. We tried doing it again a couple more times, but we never had the success like the first one. Some people say, that was the last underground party in KC.”

Most people would say these events are raves. And for Burgess, the rave culture is where it all started for him.

In the mid 1990s, Burgess recalls being invited to an event in the Infinite Sun building in downtown Kansas City. The venue was a soup kitchen operated by hippies during the day and had parties “that were just out of control,” by night said Burgess. As the skinny blond-haired kid in high school who wore huge bottomed “JNCO” brand jeans, leather, hemp bracelets and metal chains – Burgess said he was a metal-head out cast. But “when I walked into the party, I saw all kinds of people who looked like me,” Burgess said. “They were friendly and I felt like I was where I belonged.”

While the rave era is disputably over, most people moved onto the club scene. Yet the ripple of influence is still carrying on to younger generations.

As Burgess says, “raves are dead,” but those times have been deeply imbedded in his persona, he carries on the torch of the rave culture by transforming it. “You gotta come correct and legal,” Burgess said. The days of invading warehouses in the middle of the night with no permits are over, Burgess said. 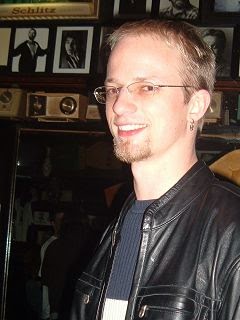 This is exactly where his day job comes into play. From his experience with bringing in big name talent, he knows the business when it comes to doing things the legal way. Using his abilities to estimate expenses, turnout and acquiring permits, “I would say Burgess is pretty damn good at what he does,’ said Jack Napier, aka DJ Sydeburnz. Napier has worked with Burgess on dozens of occasions in the promoting business. “Organized and professional are traits that I would definitely mention when talking about Burgess,” Napier said. “Getting people to take a rave promoter seriously is hilarious,” he said. Many venue owners are skeptical of rave promoters for good reason. In a industry where ambitious teens get the idea they want to throw a party, the subsequent action is usually picking a VFW Hall and adding some turntables into the mix. Countless details can go over looked when attempting a successful event.

As for Burgess, he’ll often choose the well-established and respected Uptown Theater for his venue. In the case of the event, Chaos Theory 2, an estimated 1,500 people attended. Having booked international DJ talent, the event was a huge success, Burgess said.

But things weren’t always that way. Early on in his career, Burgess wanted to step up the caliber of his events, but kept running into roadblocks. “We always have to prove our grain of salt,” Burgess said. And that chance came when he received an internship program with the House of Blues. Learning the ins and outs of being a legal promoter.

Now with a strong reputation in the city, there is always one obstacle he has to deal with. “Besides the politics – which I do not want to get into, there are a lot of haters in Kansas City,” Burgess said. “Keep it righteous, do what you love to do and then there shouldn’t be anything that people say to hold you back.”

Be sure to catch one of the upcoming events Lee is involved with:

May 21st - Donald Glaude & Hive @ The Granada in Lawrence
zine.v1.stories