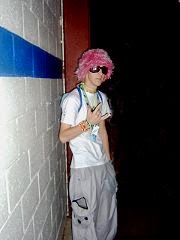 forward and photos by joe hensen ~ Kansas City has been known to produce a lot of local DJ's who spin an assortment of styles. But only one has the courage to spin Happy Hardcore and do it well. His name? Tim Skalland aka DJ Timid. An upbeat, happy going guy, Timid loves it best when the beats going fast and hard making the kids jump and dance. Recently, I had an opportunity to chat with him online about a few things. Here's what he had to say.

Have you always lived in KC?

Yes, born and raised. I live in Liberty now at school, but not too far out, ya know?

What first got you into spinning?

My first party was Paul Oakenfold at the Uptown in Feb 2002...I had been interested in electronic music since I was 13-14 (I was 16 at the time of Oakenfold), and admired Oakenfold...and once I saw him on stage, and the crowds reaction, I knew that is what I wanted to do.

Everyone knows you spin happy hardcore...but its actually something else right? UK Hardcore?

Yeah, I like to define it as UK hardcore, because not all of what I play is considered "Happy Hardcore." I mix in a lot of trancecore, freeform, nu-skool gabber, and so on. Most of which is produced in the UK. 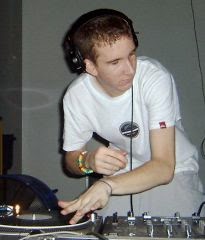 I've heard some jungle in your sets before.

I don't have many jungle tracks, but some of my hardcore tracks have a junglish sound to them, or a jungle beat in the middle. I like variety, it keeps people on their toes. It's the same reason I have some gabber sounding tracks. I don't want it all to sound like that, but a little switch here and there is nice.

Now I know you have 3 demos: Hardcore Heaven, It's On Like Donkey Kong, and Hardcore for the People and one coming out soon. I own the first three and noticed your skills improving. Are you happy with the way your last demo sounded?

The only thing I would change about Hardcore for the People is the opening few tracks. I have had a problem, it seems to me and others, of grabbing people early on with great tracks. I always end on a great note, which all DJ's should, but I am satisfied with the product, but if I had to change something that would be it. And yes, even I listen to my old demos and can tell an improvement in myself as far as technical mixing goes.

What's the name of the most powerful track? "We'll be strong forever" I think...

Yeah, it gets me moving.

Definitely, one of my top tunes of all time.

I actually walked in during your set at Digital Playground and the vibe that was flowing when you were spinning that track was awe inspiring, i mean you had the kids jumping like i haven't seen in long time.

Yeah, it was crazy. I had the time of my life, I never expected to have that many people there going that crazy, it was insane. 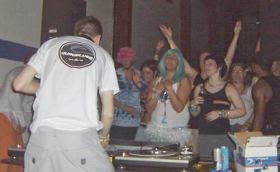 I think you stole all the people from the main room!

That's what I hear.

How does that make you feel?

Man...for that being my first time playing out, it was a great feeling. Actually ... there was a kid there with "I <3 Timid" shirt on... Kinda weird, but really cool. Haha.

Now I know your name is Tim and your DJ name is Timid... but is there another reason why you are known as Timid?

I started off as DJ Skalland(last name), but decided I needed a better name. Timid comes from my name, but also my personality most of the time...or at least back when I adopted the name. I think I'm become more outgoing in the past year and half.

I've seen you bloom, I can tell you that much.

Thank ya... Yeah, all in high school I was the little kid in the corner. I guess I decided I don't want to be like that ever again. I've noticed most people are really nice, but you gotta be assertive and approach them, go after what you want. I wanted more friends and I got them.

You do have a following.

Yea, I hope that grows...actually, I have a small following in California because of some internet friends passing out some demos. 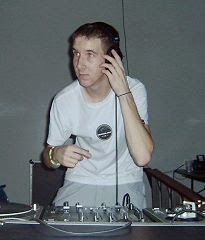 Do you have any gigs lined up?

Possibly a party in Joplin, MO in February...not yet confirmed

So we know you spin happy core...but do you have any other favorites as far as genres and DJ's go?

Any thoughts to any wannabe djs out there?

Its an addiction, beware. Haha. No, seriously, just be yourself and find your music, and play it with intensity.
zine.v1.stories