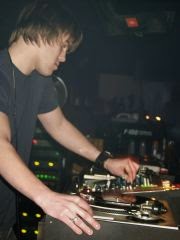 story & photos by todd ~ It started as a good enough little road trip to St Louis, aside from the fact that it snowed the entire way. It had just started in Kansas City and we knew that things in St Louis would not be much different. In fact, we were all to aware that St Louis typically gets it worse than we do.

Despite all of this, we pressed on, sometimes through what appeared to be snowballs falling from the sky and, after a pit stop for food and another for a wiper blade, we arrived at our destination after a mere four and a half hours.

Our friends (and gracious host) were just finishing their poker game when we arrived and offered us some Jaegermeister to warm our cold souls. We gladly accepted it and finished the rest of the night (as well as the Jaeger), had some great conversation and accompanying beats courtesy of Trevor Matthews. It had definitely been a good idea to come out on Friday after all and we even managed to get to sleep by 3 am... or was it 4?

Saturday afternoon came and went without too much of note. A trip to the Mall and then O'Charley's for dinner. Most of our days discussion was centered around the evenings upcoming event. We were definitely looking forward to a good night of partying to Mark Farina. 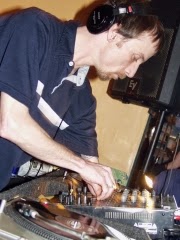 To avoid the line we knew that there would be, we got there about 10 pm. Fortunately, the line had not yet started forming and inside there was already a small crowd shakin it in the lounge. I don't recall who was playing, but he was taggin back and forth with Don Tinsley and they were definitely laying down some motivational tracks.

At 11 pm the main room opened up, but for most of those in the lounge it didn't really matter. Don Tinsley was giving them a good solid warm up in the lounge. After a few minutes though, curiosity got the best of me and I had to go get the lay of the land in the main room before it got too crowded.

At first, there was really nobody there, and folks were sort of randomly drifting in. Trevor was warming up the decks and we were enjoying a couple of cocktails from the rear bar where the shots were not so carefully measured as they had been in the front.

Almost suddenly, thirty minutes after the main room opened, hordes of people began to show up. There was a fairly steady flow of people in to the main room and the lounge was still holding it's own personal crowd, but the transformation in the main room was almost like magic. I returned to the main room after only 10 minutes in the lounge and what had been a fairly empty dance floor was now getting rather full of people dancing to the solid House that Trevor was pounding out.

When Mark Farina finally took the decks, the dance floor was near capacity and the strange sort of excitement that had been building over the last hour peaked. It was hard to find people that weren't dancing, nodding or tapping their foot, anywhere in that room. He was off to a really good start, playing some of his older, more signature works.

Everyone was dancing. It was hard not to. The beat demanded that you did and everyone's feet followed the orders without question. Flawlessly progressing towards his new works, there were only a few that were disappointed, echoing what some in Kansas City had said of at his last appearance there... "playing to the crowd".

Overall thoughl, the entire night at Velvet seemed to be a huge success. By the time we left, the place was packed front to back. Everyone really seemed to be enjoying the themselves and the vibe. 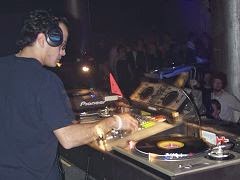 I suppose that Mark did play to this crowd, just as he did in Kansas City. Isn't that what a DJ is supposed to do? Regardless, there were no complaints from those that packed the dance floor that night, though and at 1 am, it seemed that the club had reached capacity.

It seemed to me that the promoters of this event took special care to make sure that things went off the way that they were supposed to. They even added a little treat by hosting a performance by The Celestial Theatre called "15 minutes of fame" that made for some interesting lighting effects in the room.

I'm not quite sure what became of the rest of the night. We departed sometime after that because it was almost impossible to move in there, on top of facing the long drive back to KC in the morning. The previous night had also taken a little steam out of us as well, so after a brief stop by White Castle, we headed back to crash and burn. Yes, White Castle. They still have those in St Louis and we love them for it!

Be sure to drop in on the gallery and check out all of the photos from the night. They tell a good story of a packed night with a fine vibe at Velvet in St Louis! And keep your eye on the calendar for more great events from these guys!