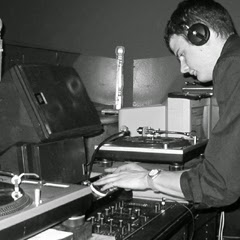 by Brent Crampton ~ photos courtesy of OffsetMusic.com, Trevor Lamont.com & Kent Frost ~ While the old saying of "starving artist" certainly holds its truth, these days, artists are finding a way to keep food on their plates. It's called a job. And more times than not, these jobs are full time careers that take away from the focus on their art.

When you're a DJ and producer, your craft often comes at the sacrifice of many other things. Considering the economy of underground music, there's only a handful of people the music industry can support in a full time position. People like Johnny Fiasco, Darude, Derrick Carter and Qbert all live off of the industry. These people, and any one else who has "made it," most times have to assign themselves many different faces in the industry such as promoter, record label owner, producer as well as DJing. All this is a handful and a full time job in it self. As John Aquaviva said in the documentary "Rise," DJs age in dog years where one year in the life of a DJ turns out to be more like seven years.

But what about the thousands of other DJs in the world just as passionate about music?

Well, those people are usually left to face the reality of balancing a full time job unrelated to music and leaving their art to the side.

One such person is Matt Craske. Craske currently resides in San Francisco and co-owns the Offset record label along with George Andrews. Offset records is known for fusing UK and US house elements together with artists on their label such as Deep House Souldiers, Numatik Soul and Jake Childs. With Craske's full time career in Construction Management, the main love in his life takes on a side note. "House is just a hobby and I think it always will be" Craske said.

When he initially started the label, he was living in London and was studying to get his Bachelor in Science. At the time he was only a student which allowed him the opportunity to put some effort in starting a label. "The fact I had free time was one of the reasons we decided to give it a go" Craske said. But as it came closer for his dissertation to be completed, his grades were declining and he had to take a three-month break from music.

Fortunately now Craske works a job in San Francisco where he can work on Offset amongst the duties of everyday work. Since the work for Offset he does at his job is under the table, Craske says his employers "are getting a bit pissed off" with his lack of focus.

While he always manages to get the essential work done of running a label, he feels that he's often missing out on all the networking that takes place over message boards, emails and instant messaging. "As everyone knows it is not what you know . . . it is who you know" Craske said.

And apparently he knows quite a bit of talent since the label has signed too many tracks at once and has now accumulated a size able back catalogue of unreleased material. "Due to both George and I having jobs, we struggle to get a release out every 3 months where other (labels) can do one a month" Craske said. 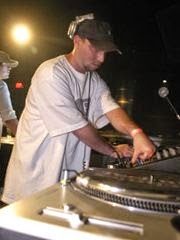 In his attempt to simplify things, his actual DJing has taken the back burner while he tries to toggle everything else on his plate. "I love DJing, but I hate all the bollocks that goes with it," Craske said. He's recently moved to San Francisco from Seattle, and in the 10 weeks he's been at his new home, San Fran has seen him grace the decks only four times. Because there's a whole lot of networking, socializing and staying in contact with people in order to get booked for an event, Craske just doesn't have the time for it.

Considering all that, Craske also speaks of the frustration that comes with moving from city to city because of job obligations. Having lived in Leeds, London, Seattle and San Francisco, moving around can hold a person back from making progress. When he was in Seattle, "the local gigs where really starting to come, but then I moved so now I am on the bottom of the local ladder again" Craske said.

Even when a person stays local, as in the case of Ben Armstrong, "what makes it crazy is that between now and the end of March, I'm playing all over the damn country," Armstrong said.

Armstrong, who's a resident of Fayetteville, Arkansas has a wife and works up to 60 hours a week as the vehicle facilities coordinator for transit and parking at the University of Arkansas. When the weekend hits, he can be found traveling to LA, Miami, Austin and DC for DJ gigs. Back at home in his free time, he's steadily developing his skills as a producer, booking and promoting shows while being the A&R agent for the newly formed Blue Iguana Music record label.

With releases in the works with artists such as Halo, Demarkus Lewis and remixes by Jay-J, Armstrong's job is to stay in the loop with big name producers as well as seek out new talent to sign to the label.

In the process of the time consuming networking, "I'm lucky, I have a job where I'm the boss so I can talk on the phone and get on the computer and not worry too much about how long it takes," Armstrong said. But that just means he has to work twice as fast to get his work done.

Others, such as veteran Trevor Lamont, find their chores to never cease no matter how fast they work. Instead of being bogged down by the stress, Lamont, who's the label manager for Blue Iguana Music, has learned to cope with the constant stress and find enjoyment in it. Lamont, while being a Project Manager and Business Analyst at Lexmark International, full time job would be an understatement for what he does. "Even when I'm not at work, I can essentially still be working through phone calls and logging onto the network remotely," Lamont said.

And as far as his musical ambitions go, Lamont is the manager for the Blue Iguana Music record label, travels nearly every weekend to perform, produces and has been DJing for 18 years!

"Sometimes I get tired, but not 'burnt out' per se because I love what I do," Lamont said. Lamont never goes anywhere without his laptop so that he can stay on top of his work. In the process, Lamont has given up his free time, "I rarely sit and do nothing."

With no plans to settle down soon, he says he'll always be "striving for more - that's just the way I am." 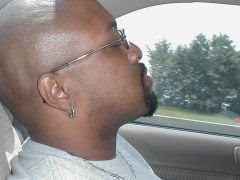 And that's just what it takes to pursue your dreams. There's one thing all these people posses, and that is ambition. Ambition is the thing that keeps them from getting the proper eight hours of sleep at night. Ambition is why they are clueless when people start talking about the latest TV reality show. And ambition is what will keep driving them to keep with their dreams. Corporate job by day, night life entrepreneur by dusk. It's the name of the game.

For more information on Matt Craske, check out OffsetMusic.com and be sure to check out his latest mix "Shades". To check out what Ben Armstrong and Trevor Lamont are up to with their new record label, check out BlueIguanaMusic.com or check out Trevor Lamont at the Kansas City party, "When Worlds Collide" on January 22nd at the Uptown Theater.
zine.v1.stories