Wow! Three Years? It really does seem like only just a little while ago that I snapped that first photo that opened the door for what has been a really fun and interesting trip through the rave and club scene here in Kansas City as well as points here and there all over the United States.

The first couple of years I brought you the electronic music dance culture, through photography without really saying a whole lot about it. My only goal was to bring you inside the party. There always seemed to be something missing though. There was a story taking place, one that begged to be told. I kept reflecting back to why are had started this. Initially, it was to be a bit of photo-documentary on the rave scene, but it really did progress much further than that.

In the past year, I started up the Zine portion of this web site to help inform and educate those that wanted to know why we do what we do, as well as to help provide a forum for local DJs to gain recognition.

On top of all of this, I was attempting to put this whole story together only to discover what I had already known from the beginning. This wasn't just a story that you could put together over a couple of years. I may still very well sit down and write about those first couple of years one day, but it will be awhile. This story of this House has been going on for quite a long time now. Fortunately, I got to see one of it's most influential waves in the late 70s.

It was that way the first time I heard House, in it's most infantile form, and it's come a long way since. It's for this reason that on the third anniversary of this web site, I bring you phocas "cubed", a night of some of the best House music at the one club that has done a lot to support the local House music scene here in Kansas City, Kabal Restaurant & Nightclub.

Located in Kansas City's Historic City Market District, it is quite a popular night spot for those that are looking for something that is a cut above the rest, and a quality club night. It really is one of the few gems in the Kansas City club scene, hosting some of the best talent locally, as well as from around the globe. Not only that, they also have a very excellent selection of food and wine to start your evening of partying out just right.

With that in mind, I intend for phocas "cubed" to be more than just another party or club night. This will be a celebration of House music and three really fun years behind the camera.

Beginning with dinner and cocktails at 8:30 pm, in the spirit of For Soul Only's Dine & Dance events in Chicago, the evening will start with a couple of special guests to provide a little warm up music for us before the House party begins.

Providing the soundtrack for this pre-party will be AC, from 666 Zip Code Town Records. He will be accompanied by Kerry Lannan on Sitar. If you caught their performance at my recent event "phlashback", you know that this is something really great that you will not want to miss out this.

Starting at 10 pm, after we've had dinner and few cocktails, the House (music) Party will begin. Our featured guests for the evening will be Dave Brock. Formerly from Chicago, he currently resides in Jacksonville, FL and will be coming in to see if he can House you up right. 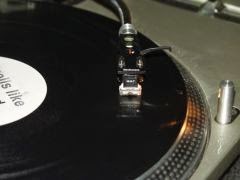 Former Kansas Citian, DJ Xplicit has been hiding out in Smash Studios for the last year or so cookin up some house in New York City. He's coming out here and he's got nothing but Booty on his mind and plans on giving us a good dosing of something we haven't seen here in a minute... Booty House!

That's just the icing on the cake though. The local guys that we have that will be warming it all up are just as rich and filling too.

Making a special trip down from Omaha, DJ Brent Crampton. With weeklies at BrickTop & 415 in Nebraska, pushing the boundaries of house music in the midwest, including donating his time as a Staff Writer for phocas.net.

I have also assembled four of the finest House DJs in Kansas City for this event. DJ billpile will be bringing a few stax of wax. If you haven't caught this Kansas City original, you should get out more. He'll give you House like you need it.

Maxx is also playing. Many may remember him "the one" that made The Oxygen Lounge at the former XO Nightclub "the place to be", sometimes embarrassing the competition in the main room by keeping people dancing so long that they forgot there was a main room.

Last, but not least, Rob Lee vs Josh C. Blending some of the finest Tribal House in Kansas City, these two are probably the most under-rated DJs in Kansas City. They are definitely a tag team that will be turning things inside out. If you miss these guys, you just won't have gotten a full dose of House with More Drums.

Thank you to everyone that has made the last three years possible!