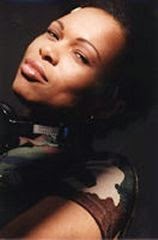 interview by Brent Crampton ~ photos courtesy of ForSoulOnly.com ~ Chicago has grown many house enthusiasts over the years, but unlike Lady D, most weren't around from its inception. From those early years of inspiration, Lady D has been carrying on the tradition of innovation and creativity.

Starting the For Soul Only deejay collective, Lady D brought together notable names such as Mark Grant and E-Smoove. They put on a number of memorable parties in the Chi-town area and then moved on to AM after-hours parties which were the first dine-and-dance events in Chicago. Next came the SuperJane Collective which includes deejays Colette, Dayhota, Heather and Lady D. The all-female roster toured the nation, made TV appearances and were featured in magazines such as URB and SPIN as well as the cover of XLR8R.

Her newest endeavor includes the record label D'lectable. With releases already out with artists such as Glenn Underground and Thick Dick, Lady D has all the right connections and all the right ideas to make her label work.

What prompted the move to start a record label?

I love doing A&R. My knowledge of music, all music, makes me good at it and I really like using my ear to find what's new and hot. When I worked at AfterHours Records, I did well at signing acts and finding new talent. I even released Kaskade's first record, so when no one was listening, I could hear he had something. I live for stuff like that. So, when I met my partner and we talked about businesses we could create, record label was at the top of the list.

The slogan for the company is "Chicago's premiere music boutique." How do you set yourself apart from the rest? 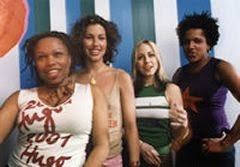 It's all in the marketing. A lot of people have labels, but beyond putting out music, they don't do much else. Most producers start labels to put out their music but the packaging, the PR and everything else just lays there flat. I started a label to market music and House culture. My partner Steve is an accountant so he keeps me analytical and focused as well as creative. D'lectable is a marketing boutique because we can take anything from music to marshmallows and put it out there for consumption in an exciting and unique way. Whatever we decide to market, it's going to be D'lectable.

Expand on "past, present and future house." Describe the style of music on the label.

Well, that's it exactly. I reach back and grab artists who have a past, some sort of history in the music. Every release features an artist from House' music's past, someone who is relevant today in the present, and someone who I think will be relevant in the future. I design the releases to feature 3-4 different artists so I can drive this point home and give the buyer more value for their money.

Tell me about the releases you have in store for the future.

I have something special planned for Miami's winter conference that I won't discuss, but I will tease you with "triple pack featuring the top names in House - believe it!" Aside from that, the next releases will feature an array of fantastic new talent that I think have a definite future in the industry.

Having a dj career that has lasted almost a decade, what do you feel were some of the more important aspects in getting yourself to the prominent stance you are in now? 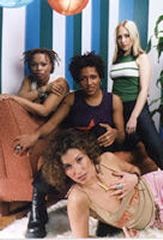 The most important aspect was not getting caught up in the scene. Not destroying myself with drink and drugs. I believe moderation is sexy, so that's how I live. Other than that, just getting up everyday and doing the damn thing. Really thinking, what can I do today to challenge myself.

Tell me about the AM fine dine and after hours parties?

A.M. stands for all-music-all-morning. I had a crew back then called FSO - For Soul Only - and I had the good fortune to meet the guys who owned Schuba's - a prominent country western bar on the city's north side. Somehow I talked them into letting me have these parties that started at 2 a.m. and went until 8 a.m. They served top notch food and already had an awesome sound system for the live bands that came through the bar anyway. It was ridiculous because guys from the gay bars came, the club kids came, industry staff, the ravers and the househeads all came through, and we weren't serving alcohol! Me and my crew of Mark Grant, Mel Hammond, Frique, Jevon Jackson and Matty played each week and it went off. Always packed and always fun. Really good times. This is when afterhours were everywhere and you could pay cops to
be security at your afterhours party.

Since you were heavily influenced by legends Ron Hardy and Steve Hurley, would you have been able to reach your level of accomplishment outside of Chicago?

Yea, I don't know if I had grown up anywhere else if I would even be a deejay. Seems like fate that I was born and raised here. Seeing those guys as a teenager really had an impact on me. Hardy was an original, very irreverent and almost dangerous the way he would play. Steve was very much a looker, a mesmerizing kind of idol and personality. If I lived somewhere else, I'd be like most people who's history starts the first time they saw Derrick Carter or Mark Farina or something. I feel like I have an advantage over most because I do have the experience of seeing house as it unfolded.

So you're a single mom with a full-time music career that includes TV appearances, interviews in URB, Spin, the Chicago Tribune as well as upcoming gigs in L.A., San Francisco, Seattle. All this includes late nights and long flights. How do you manage the mom aspect, and did it initially slow down your career? 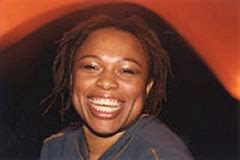 Absolutely it slowed me down initially. When I got pregnant, SuperJane was just hitting its stride. I kept playing in some places, but not as much, and there was some standoffishness from people and some judgments. Colette, Heather and Dayhota had a full year to really break open as for touring, publicity and all the rest. I mean, how much fun could I be then with no drinking, no drugs. So I just laid low and did select events. After my son was 8 months old, I went back at it. My parents and family are very supportive. I limit my traveling to weekends mostly and Monday through Friday I'm a full time mom. On the weekends he spends time with his Grandparents and it's all good. When I need to tour a lot, I work around his vacations and school breaks. My Grandparents are retired so they love having him.

Have you reached a point in your career that you feel satisfied with where you are at, or as Melonie Daniels sings, is their a voice inside saying, "don't you ever give up?"

I work on staying in the present. So in this moment, because it's all I have, I feel very satisfied. I look forward to the future and keeping it that way.

Be sure to check out Lady D's web site ForSoulOnly.com
zine.v1.stories