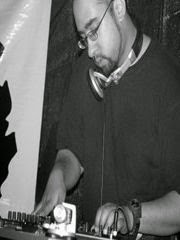 intro by Brent Crampton ~ photo courtesty of CymbalismRecordings.com ~ Dj Odi is one of New York City's finest jungle DJs and an artist on the Cymbalism Recordings roster. His signature style is characterized by his unique blend of scratching and sampling both of which were more prominent elements of hip hop music. His accomplishments as an innovator of urban music were further recognized in 1998, when Odi became the first jungle DJ to ever be accepted into the prestigious ZULU Nation, forever demolishing the barrier between hip hop and drum n bass.

After spending hours putting together only what Odi feels to be his favorite tracks at the moment, this Cymbalism Recordings artist gives it to us in his own words. Make sure to check him out in Kansas City at the party, Blueprint, on November 13th.

Alliance(gener8) - Jive - This one is from the alliance crew outta Maimi and it’s a dancefloor killer! Female vocals lead up to a huge bline drop and hard hitting drums that support the tune perfectly! Huge tune from Gener8!
Comatron & Nu Breed - War - Commin outta Germany, Comatron has been busy remixing and working with some of the best the world d’n’b scene has to offer! On this one he teams up with the Nu Breed crew featuring McFoxy, Fatman D, Shorston and more for a ragga influenced MC led stormer! Pure dancefloor fire!
Decorum - Conrtax (weapon remix) - The Weapon crew comes through with another blazing dancefloor stormer! This time remixing Decorums huge Contrax! “Weapon” features Andy Sine, Dieselboy, Kaos, Karl K, Jae Kennedy and they have been killin it for quite some time now! I was lucky to get my hands on this one and have been playing it everywhere!
Karl K, Kaos and Jae Kennedy - All Night Long - From the original Philly crew comes this slice disco influenced dancefloor mayhem. The track has massive sub work under the cheeky vocal chop and rolling drums to set this one apart as a standout in the bouncy tunes of the day!
John Rolodex - Raver Blues - Dark, hard and runnin’ is the best way I can describe this one. With some great old school rave samples working over precise drum chops and a wicked bline, John comes correct with this one and I am glad to have it in my arsenal!
Ben Sage - All about you VIP - This one was suppossed to be on the recod label Gian, but never got released! Amazing female vocals combine with sweet synths, full atmospherics and tight drums to take this dancefloor masher and bring it over to the musical crew!
Strategic Crew - The Boro's - A little shameless self promotion on this one. Written by myself and my partner deejay Vandal, this is just pure fun! We wanted to make something that we could enjoy playing that took what we liked the most about the music, drum chops, massive bass and hip hop attitude. And this I hope captured exactly what we wanted. I think we got it right it got us signed to Cymbalism Recordings!
Tetradin - amGOD - HUGE! . . . That’s all I can say. Tearin Reece bass, old flavor drums reminicent of the old virus sound, and wikked production make this one a killer . . . Stateside stand up!
Slip & Slide - Let me Know - This one’s a classic from ‘96 that I try and bring into rotation every once in a bit. With the alliah sample and warm Reece bline, this one gets em going every time!
Frou Frou - Let go - I heard this on the Garden State soundtrack and it’s one of those tunes you can’t get out of your head. I’ve been closing with it just to change it up and show people that d’n’b isn’t always Andy C and tear out tunes!
For more information, be sure to visit CymbalismRecordings.com