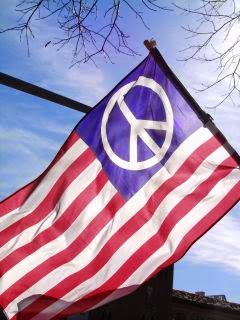 story and photo by todd ~

"These are the times that try men's souls" - Thomas Paine.

It is really too bad that only a very narrow percentage of our population will be joining me this election day as I head out to go and excercises this right, guaranteed to all citizens of this country, by the 15th 19th & 26th Amendments to the Constitution.

There are multitude of things that keep people from voting. I will not sit here and go over every one of them, but they do all have one thing in common. They are all a bunch of excuses and nothing more.

Probably the most common theme among these excuses; people will simply tell you, "My vote won't make a difference. They'll do what they want to anyway." Of course, these same people will go on to explain to you how horribly overbearing and oppressive their government has become. Aside from being the most common theme, I also consider this the most ridiculous reason for not voting.

Imagine this. On Election Day of this year, only 10 people from every state in the country go out and vote. We would have 500 people telling nearly 300 million others what to do. How fair is that exactly? Would it not make more sense for the same 300 million people to be deciding their own fate?

You know what to do.

All you have to do is go out and do it!

I don't care who you vote for or what.