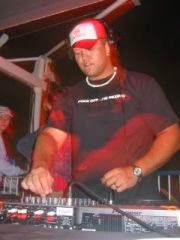 intro by Brent Crampton ~ photo by Misha ~ Superstar DJ Lee has been rockin' tha dancefloor since early 95. Over the years he has performed with the likes of Bad Boy Bill, Joey Beltram, DJ Icey, Angel Alanis, and countless other world renown DJ's. His 5 year stint as the DJ in the band, George Zip, gave him the chance to play alongside such national acts as The Kottonmouth Kings, 2SkinneeJ's and Ziggy Marley.

Considered one of the main players in the introduction to dance music culture in Omaha, Lee has continued to be on top of his game while keeping modest about his music and his life. Lee currently holds residency at Omaha's 415 where he, along with Myth, book DJ's for Omaha's premiere underground house club. Here's what has been rocking the Omaha scene lately.

Phats and Small - Sun Comes Out - BMG - Once again, you can't go wrong with these guys. This track is a killer closer.

Dr. Kucho! - Lies to Yourself - Discdoctor - This guy is another amazing producer. The analogish breakdown towards the end brings this track to perfection.

Unknown - Midnight Caress - White - Gorgio Moroder's Midnight Express mashed up with a pounding kick. Gotta have some of the old school to appreciate the new.
zine.v1.stories