the grand emporium of house music 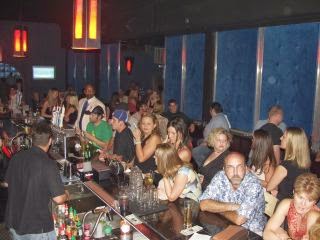 Story & Photos by todd ~ Recently, with a building that was badly in need of repairs after being neglected for years, the new owners of The Grand Emporium were forced to face the reality of having to remodel. Not everyone wanted to, and still there are those that say it will never be the same, but after years of neglect, the 100+ year old building was in serious need of repair.

I had an opportunity to speak with the new Club Manager, Karl Shikles about some of the improvements that were made. He indicated that it was not an easy task deciding on exactly how to remodel the space that has always been known in Kansas City as the premier spot to hear some of the finest Blues and Jazz, be it local or international talent. There were a lot of things to consider, but either way, the entire place had to be torn out. The bar itself was barely standing on it's own, the kitchen area that had been there was a nightmarish health hazard and the rest of the facility was in a general state of disrepair.

Since the renovations of the public areas of the club had been completed, Karl invited me down to see the club and check out the new weekly there, so I decided to drop by late this past Saturday night before heading over to Kabal. Immediately, I noticed that the outside really had not changed very much at all. It really didn't look any different, however, I was pleasantly surprised to be greeted by one of the same smiling faces that was always at the door.

Upon entering, I knew I was in a new club. Even though the club has been remodeled from top to bottom, it was obvious that everything had been done with performers and audience in mind with a bit of a sophisticated edge. The Grand Emporium has grown up to. New black marble floors, soft panels on the walls, dimmer lighting and much neater appearance overall. A massive collection of alcohol lined a mirrored wall that stretched the length of the new bar. In the back, flanked by new flat panel wide-screens on both sides of the wall, there was now a little alcove with a bit of a VIP feel.

It was just past 11 pm, when the band finished up and Karl quickly began the transformation to night club. Wandering towards the back room to have a look around, I found another blue-lit bar and a few small tables. One of the best attributes to this little area though is just inside. Just as you enter the room, to the right and the left are some really big over-stuffed leather sofas, situated in such a way as to provide intimate little gatherings away from the pulse of the main room. 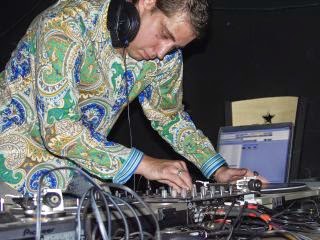 Maxx was just getting ready to start playing near my tour's end and I paused briefly in the main room to check out the sound, which seemed to have a whole new feel. I also found a few more flat-panels in the main room, as well as some some new lights, to aid in the late-night conversion to House night at The Grand Emporium, affectionately entitled "Bliss".

The Grand Emporium's concept on Saturday nights now, and possibly moving in to other nights, is one that I have seen become rather successful with similar clubs in other cities. The idea is that most bands don't usually play late, typically finishing up by 10 pm or 11 pm. After that time, usually The Grand Emporium would kind of spend the next 4 hours closing down, while patrons had a few more drinks and chatted for a while. It was more or less dead time, musically.

With a variety of options available and still more being entertained, beginning with "4 Hours of Bliss" on Saturday nights, they have started to fill their late hours after 11 pm with the sounds of House music, courtesy of DJ Maxx and it appears to already be working out quite nicely for them.

Maxx is no stranger to creating a vibe in a club. After spending quite a bit of time as the resident of one of the hottest House nights at another popular club in Kansas City, Maxx has got what it takes to get you on your feet and keep you dancing until the last beat drops at 3 am. Best of all, it is not going to cost you a single penny to walk in the door and get a good dose of House music. There is no cover after 11 pm on Saturday nights for you to enjoy this "4 Hours of Bliss".

To see more photos of the completely renovated Grand Emporium, visit the gallery.

Stay tuned for more information about new upcoming things at the Grand Emporium, Karl has assured me that they will be in touch on all of their upcoming dance events.
zine.v1.stories