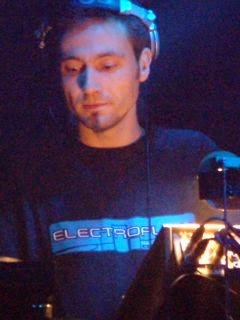 Tom’s musical vision has constantly aimed at the dance floor and has searched for fresh ideas and pursued a forward thinking edge. From initial influences in the acid house explosion of ’88, through to the thunderous underground house and techno of the post-millennium.

Initial club bookings in ‘91 led to his first residency at London’s Coliseum and guest spots at pre super-club, Bagleys alongside DJs like Billy Nasty and Darren Emerson. By 1995 he was playing at The Ministry of Sound and was awarded the winning entry in Mixmag's nationwide DJ competition. A bi-monthly residency in Holland in ’99 opened the door to the global network of the underground house and techno scene, sending him on numerous missions overseas to entertain crowds from North and South America, Asia, and just about every European Country from Bulgaria to Germany to Ibiza to Hungary.

In between tours, Tom’s recently played at Fabric, Turnmills, and The Sanctuary in the UK, and his studio work has been signed up by the likes of Terry Francis (for his Wiggle imprint) and Asad Rizvi (for Wrong Recordings).

Tom’s ability to adapt and cross boundaries is highlighted by the variety of luminaries he’s shared gigs with, for example; Kenny Hawkes, Dave Angel, X-Press II, Robert Owens, Mark Broom and Nathan Coles to name a few. Never one to be stereotyped, Tom’s equally comfortable playing slamming 3-deck techno, through to relaxed, quirky, underground house. But it’s his pumping tech house sets that have won him the most fans. Playing to the party with rapturous effect whilst equally striking into the hearts of chin-stokers. 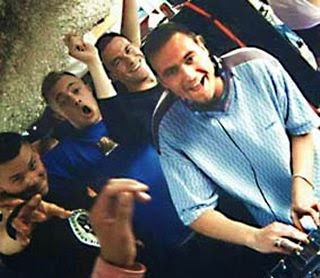 You’re presently living and playing in London, do you also tour or do you have a residency (or both and where)?

I've currently got three residencies, Sound Architecture in Rotterdam Holland, Astro Cafe in London and Hanky Panky in Leicester/Birmingham. Yes I do tour quite a lot, usually in Europe. Holland and Belgium are generally busy for me, as are old Eastern Bloc countries like Bulgaria and Czech Rep. I've played in the States a couple of times and undertook a lengthy tour of Asia last year.

What is the present status of the U.K. scene, respectively?

What have you been hearing (is it getting better, tapering off, steady)? The UK scene music-wise is going from strength to strength. There’s so much music coming out that you can be really choosy about what to play. Of course with more competition the quality rises so there's an abundant supply of brilliant, highly produced music that’s specifically aimed at underground dance floors. Personally I've been getting into this new electronic house stuff, or Tech Netro House, or Telectro. Nobody seems to have agreed on the term for it yet but its essentially very cleanly produced 4/4 house music with electronic sounds in it. I'm not talking about electro clash, which is something else and also very popular. Particularly in Belgium, Germany and the Hoxton area of London. It's very early 80's punk in style and also very interesting.

What are the major differences between the UK and US club/rave scenes? How is the music different? What’s your favorite part about the US scene? What’s your least favorite?

I've only actually played in the states twice so it's difficult to say. In London there are so many clubs that are wildly different in what they offer and to who they cater for, that I'd hate to try and sum up a whole country's club scene on the very limited knowledge I have. From what I have seen I'd say people in the U.S. aren’t as committed to dance music as we are, but there are good reasons for it. For example, in many cases kids can't go to clubs until they're 21 so don't do the whole "eat/live/sleep" dance music in the way many teenagers do. Of course this is general thing and I know several American DJs/Producers that run labels etc that are extremely committed but its a general vibe I've got from being there and from talking to other people that have been there more often than me - Please correct me if I'm wrong!

It’s been said the dance scene in the US is in a state of transition (the shift from traditional rave tracks toward electro and punk influences), are you finding that in the UK as well? What are some of your favorite new artists and sounds in London? What‘s going on in London that kids in the US would like to know about musically?

Really? Well, that doesn’t surprise me but you’re the first person I've heard it from. This electro thing's kicking off all over the place. As I said before there’s a really strong scene in Hoxton. You may have seen certain records called "The Hoxton Remix" or something. Basically Hoxton is a small area, just north east of central London. It's traditionally had a very strong artist community and the fashion sense is usually right up front. That's were you see the "Hoxton Mullet" - a hair style which is spikey short on the top and sides, and long and feathered at the back - Often dyed. The clubs in Hoxton are full of colorful people like this and that’s where the electro clash scene has been breeding for the last 2-3 years. Although I find it interesting its not quite me, but I do find myself listening to the music more and more as the genres get blurred between this and the underground house scene. Some of the really punky shit (like the label Disko B for example) is just too much for me but as always, people are nicking each others ideas and cross breading it into new forms. Hence the form "Telectro House"! Good producers making what I like? ADJD, Tom Clarke, John Tejada, Chris Carrier & Hector Morales and of course Tiefschwartz.

What are you doing now in the London scene¾how do you fit in? Are you recording for any labels, playing any festivals, promoting, etc...? Tell us everything going on with you. 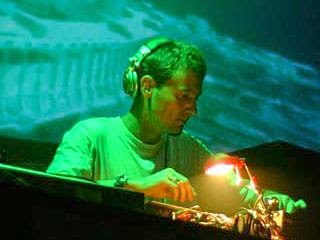 I'm playing at various clubs and parties almost every weekend in London. This Friday I have to play at this exclusive club in Mayfair which is not my usual cup of tea but I'm looking forward to it. The web site of this club has got pictures of Clint Eastwood and George Cluney in the club! Usually I find myself in sweaty underground warehouses or clubs like Fabric or The End so this is unusual and I savour the challenge. Also last weekend I played at this Debaucherous Cabaret thing. I was playing in between the acts, which consisted of bands that took all their clothes off, Herbert Style live sampling comedy through to naked poetry so it seems to be getting pretty diverse these days and I'm well up for things like that. Production wise I have a record out currently on Wiggle Recordings with Lawrence Mohammed and I've got a solo release on Wrong Recordings due out early September called The Twighlight 22 EP. The B-side's a nasty piece of telectro acid house you should look up. I don’t promote any night, I leave that to the promoters but I played at the Glastonbury Festival again this summer and I'm working with some people as we speak for some Notting Hill Carnival action in late August.

Who should phocas.net users be downloading right now? What UK/EU artists look for online that will give them a good idea what‘s happening across the pond?

Downloading!? That’s a swear word 'ol chap go and buy some Vinyl! Only joking. I'm a realist as well as bit of a traditionalist. For the electro scene there's a label called Lazergun which has put out shit loads of stuff and demonstrates quite a bit of variety within the electro scene. Some of it is really really good and is a great label to find records you'll like within that style. Check out Disko B if you wanna be scared out of your wits, pushed up against a wall and musically fucked up the arse. On the Telectro House Vibe look up labels like Poker Flat, Morris Audio, Robsoul and some of Brique Rouge's stuff. This is the stuff I'm really into at the moment.