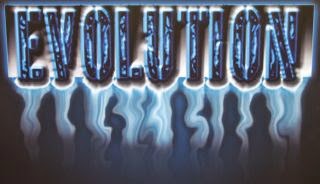 A Process of Change ~ Story & Photos by todd ~ After several months of delays, Club Evolution finally opened just a few weeks ago. It was completely unexpected. They had been waiting on licenses to come back and at that particular moment, they were due back any time.

They finally opened though, seemingly with no notice at all. However, according to RJ Bass, the new Production Manager for the club, what they thought was going to be a flop night because of the last minute notice, turned out nearly 100 people at the door. Not bad for getting the word out in a matter of hours.

After a brief interview about all new goings on, the following weekend RJ offered a tour of the newly renovated space, formerly known as XO Nightclub. Consequently, I was anxious to see this new Club Evolution and agreed to meet him there the following Thursday night for the opening night of their new weekly. With the main room dedicated to the alternative lifestyle crowd, the back room offers a bit of a tangent, with a darker feel and music geared more towards Goth / Industrial and Fetish.

Friday, after a jaunt through First Fridays and a little play time at Chakra, I returned to Club Evolution late in the evening to see how their first friday opening went. I don't remember the music much in the main room, it seemed more of a Hard House the brief time that I was in there. In the back room, locals Xan Lucero (also the club's new Entertainment Manager) and Atom Bryce were playing their brand of straight up House, which seemed to be attracting more attention than that in the main room. 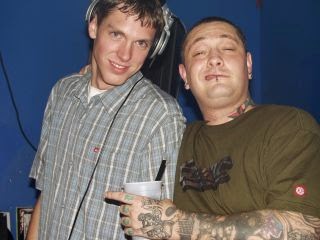 Overall, the new club looks nice. From the outside, it is still mostly the same, with a fresh coat of paint. The inside really hasn't changed appearance overall either, but there are definitely some needed improvements. When I first stepped in, the very first thing that I noticed was that the stuff that seemed to be growing from the ceiling the last time I was there, was gone. It smells cleaner too.

Probably the best change in the club is that the DJ booth in the main room has been moved out of what has nearly the ceiling, down to just above crowd level. That is definitely more like it. RJ also told me that there will eventually be brand new sound, but for the meantime they have had one of the finest sound engineers in the area come in and fine tune the existing sound. There is definitely a marked improvement in sound quality in both rooms.

The cages are still there. There is also a new one, just inside the doorway. Every room in the place has new paint on it, newly tiled and just a better feel. Most of the staff is new, and the doormen are of a kinder, gentler nature and the cover charge is still affordable as well.

Not all of the details are finalized with Saturday nights at the club, but there are definitely some suprises in store. The production group, Architects of Chaos (formerly PhukBed Entertainment) is going to be bringing in a variety of top name DJs there for special Saturday nights, beginning September 10, with Angel Alanis.
zine.v1.stories