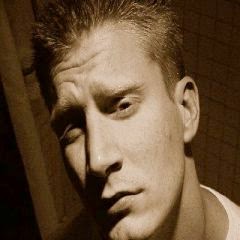 by Brent Crampton ~ photos by John Daminato & Curt King ~ As I sat in a Chicago apartment listening to Derrick Carter in a DVD describe his experience being a dj, it caught my attention. All dj’s, whether big or small, had to start from the same point. Here the pop-star of the underground house scene, Derrick Carter, was describing his first gigs with empty rooms and shoddy sound systems.

Then opening up the entertainment section in “Newcity” mad and seeing Vikter Duplaix, Colette, Jazzanova, D:Fuse, Johnny Fiasco and Diz all playing in the same week, I realized that Chicago will have more talent play in one week than what Omaha will see in two years! “John, I’m loving it up here in Chicago - I wanna move up here” I exclaim. John replies, “the last thing Chicago needs is one more house dj.” “But John, you have so much talent up here it’s amazing.” He looks over at me as the draining voice of Little Louie Vega is in the background from the tv - “yeah Brent, there is allot of talent here - but they are also your competition.”

John turns back in the direction of the tv, but his glance is more along the lines of a blank stare that occurs when one’s mind is lost in his own thoughts.

It’s the struggle of a dj. John Daminato’s story is about his passion as an upcoming producer, and his love for the music expressed through dj’ing. It’s a story about how to set apart one self from the rest and “make it” in the dog eat dog world of the music industry in Chicago.

Curt King, aka Datasphere - John’s roommate and production partner said, “There are hundreds of dj’s and producers here, so the competition is fierce. Most high profile producers and/or dj’s travel overseas and abroad just to ‘make it.’”

When I first met Datasphere, I was dj’ing at one of John’s weeklies at the spanish tapas bar, La Taberna, on 3358 N. Ashland Ave. Without knowing who Datasphere was, he walked up to me and told me to play track 4 from the cd he just handed me. From my experience with that kind of thing in the past, I was pretty reluctant to grant his request figuring that the song was some 80’s throwback. I guess I should have known better because I was in Chicago, and instead of some nostalgic anthem, I got a bumpin’ house track produced by none other than Datasphere himself. Needless to say I bounced the other tracks on the cd that night too.

Together these two aspiring producers “bounce ideas off one another and generally ‘police’ each other’s work” according to Datasphere. From John’s over zealous ambition to make a name in the industry, and Datasphere’s history as being a drummer in various rock bands, the two work well together to bring a perspective on each other’s tracks.

For John, tech house is his main passion which stems from his roots in the Chicago rave scene. “I was just about to make it in the rave scene, and then it all fell apart.” His tracks have tribal, dark, heavy baseline element to it. Often times his production is different than the deeper toned music you’ll hear him play out.

With John’s musical influence in punk, house never really caught his ear until his first party in 96’. He became captivated by the rave scene and all its endeavors “and it changed my whole life . . . I started to dance allot . . . I never could do that before.” Two years later he moved into the city with roommates Brandon Hacker and Mark Gvero, aka Dj Napalm. They had a full on studio and were throwing after hour parties back in the infamous days when they were legal. John was roommates with Brandon Hacker at the time who was a “vip clubber.” Together, they would throw countless after hours parties and made some money while doing it. In one occasion, “these two people met at my after hours and later got married.”

With his first club experience, “I went to Crobar, I said to myself ‘whoa’, a rave with strippers!” Being 22 at the time, he was going by Dj Bunny, and his first club gig was at Voyeur. Soon after, he moved out of the loft, broke off all music connections to the industry and invested his money in trading downtown. “At the age of 22, I was way ahead of my time. Playing clubs, trading, throwing successful after hours, and within 8 months it all crashed. . . I went from the top to the bottom, and I’m slowly building my way back up to here.”

At this point John drowned himself in trading bonds while music took a backseat. With the hectic lifestyle of working for the Chicago Board of Trade, John soon longed for the pursuit of house music once more and eventually saved up his money, quit his job, and is now dj’ing and producing full time.

Since then he has refined his website, visited the Miami Winter Music Conference, signed an ep with the record label Esntion coming out sometime in the next 6 months, and most of all, John has been learning the tricks of the trade to the vast and complicated world of producing.

John essentially takes on the philosophy of being a producer with a paintbrush. “I’m all about getting ideas that I want to communicate through sound. . . If you make tracks, you’re just using sound as color.” When asked what gives him motivation to continue music after pursuing and distinguishing a successful career in the Chicago Board of Trade, John replies “I want to be able to control my own destiny versus having a corporation decide my future.” 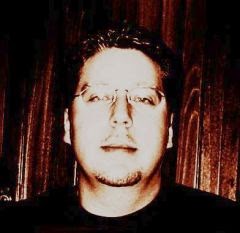 While John was seduced by house music from the Chicago rave scene, his production partner, Datasphere, was fortunate enough to have grown up with music. “I have always been around music my whole life” says Datasphere. “Starting at a young age listening to all my father’s records to being around musicians in the family that would have ‘jam sessions’ at the family get togethers and holidays.” From playing acoustic guitar, saxophone and finally settling on a drum set while playing in hard rock and heavy metal bands. His motivation came to peruse a career in music when he “worked on a local fanzine . . . and got to meet all sorts of rock stars and people in the music industry. This is what made the light bulb go off inside that I would like to be involved in the music business somehow.”

Having grown up in Southern Indiana, in 96’ Datasphere moved to Chicago and was introduced to the world of electronic music. He first connected with the sounds of drum and bass because of the “heavy drumming I was accustomed to with speed metal.” But considering that Chicago is the house capitol of the world, his musical tastes soon turned towards the thumpin’ four-to-the-floor beat. “Even though I like all styles of original/quality music, when you go out to a club or event in Chitown, it’s all house music!” According to Datasphere, the Chicago scene has changed drastically since he has moved. “There used to be actual raves and underground parties and the famous afterhours parties. These are all pretty much a thing of the past and the scene has been pushed into the modern club.”

With his history in drumming, Datasphere has a unique advantage over the competition in producing. “Most producers use loops . . . and focus their attention on synths, vocals or other aspects of production. I can dig deep in there and add all those little nuances a real drummer might do while playing live.” Datasphere comments on the vast amount “stale” music being put out on labels these days with the availability of cheap equipment.

With talks going on with Datasphere and John to start a digital-only label, things look good for these two aspiring producers. “We are currently shopping a handful of tracks around that will soon make a debut EP or several 12” singles.”