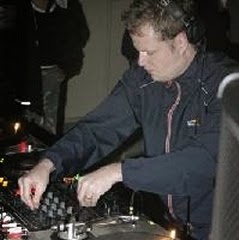 Interview by Brent Crampton ~ Photos by Kent Frost ~ Ben Armstrong is a Fayetteville, Arkansas native who’s altruistic efforts are bringing him to great lengths in the house music industry. He has been getting booked all over the States and has a few tracks in the works to be released on some major labels. Ben is a bright individual who throws free events in the beautiful parks of Fayetteville, AR.

While getting some local dj’s together and a BBQ pit are nothing special in itself, Ben takes it a step further and flys in national names in house music just to play at his events. Where is all the money coming from to do this? That’s a good question - see what he has to say about it.

Tell me what your free events are?

Well, basically they're just a good reason for good friends to get together and have a good time listening to good music.

Since I play and produce house music, the events are definitely geared towards house. But I also try to bring some intelligent and/or jazzy drum and bass, down tempo, nu jazz, and really anything that has the right feel for a park on a Saturday afternoon/evening. It's a really laid back atmosphere that's basically all about having fun. 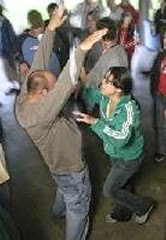 When is the next one and who is playing?

The next one is July 3 at Veteran's Memorial Park here in Fayetteville. This is also my birthday party so it's pretty huge. I've got Trevor Lamont, DJ Mes, Don Tinsley, Ken Liu from Headset Recordings, Josh Sweet from Heights Music, and a whole slew of local and regional house favorites. After that I'm doing another one August 14 that the line-up is still in the works, but it will include The Freaky Afronaut, Jake Childs, and Brent Crampton.

What gives you the motivation to do a free show?

Well, the main thing is I feel it's important to give something back. I've been very lucky over the years and have been able to play a lot of places around the country and now have several tracks coming out on some dope labels. I think it's important to do things to thank the people that support you and make the good things possible.

Doesn't the money come out of your own pocket?

Yeah, but it's all gravy. Every penny that I've spent has been well worth it.

It's cool. It's a bit smaller as the city is smaller, but it's really close knit and cool. There are also some good promoters that throw quality shows. Esoteric Gen. does outdoor psy-trance stuff and gets great turnouts. And Dancenhance, when they do shows, always bring diverse line-ups of quality talent. Also we have a Friday and Saturday night weekly at Ron's Place, a club here in town, which is picking up momentum every week and has some big things planned for the near future.

Where have you been playing at and tell me something about your production work?

This has been a busy, busy year. The beginning of the year, I took a little break that actually started at the end of last year to really focus on production and finishing up some projects that I've had out there for a while. But since the beginning of Spring, it's been hectic playing everywhere. Over the next few months I've got shows in Austin, Oklahoma City, Tulsa, Springfield, Murpheysboro at Caveman 2, Chicago, Memphis, etc, etc. Basically every weekend between now and the middle of September is traveling all over the place, which is cool because I LOVE traveling! As far as the production work, it's been really busy as well. The first track that I worked on that got signed was actually a collaboration I did with Don Tinsley that's coming out on Uni.form Recordings later this summer with a remix from Jason Hodges. There's also another track that we did together that's coming out soon on Inhale Music that you can pick up on Stompy.com soon. I also have a track that I did coming out on Headset Recordings soon with a remix from DJ Mes. Also, Daniel Rockwell, Control C, and myself are starting a label as we speak called Flytrap Records. We have our first release done and are getting everything together for some dope remixes. The response so far has been great so we're hoping to have the first release out sometime in early Fall. Other than that, I've got several remix projects that in the works for The Freaky Afronaut, DJ Mes, and Don Tinsley. It's exciting times for sure. pictures of the events

FlyTrap Records web site should be up very soon. That will be the place to check information on the events, tracks, etc. Also you can check out Uniform Recordings, HeadSet Records and Inhale-Music for info on the tracks coming out.
zine.v1.stories