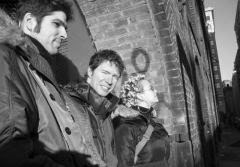 Interview by phelyne ~ Photo courtesty of Mashit Recordings  ~ Both Kid Kameleon and Ripley are outstanding djs who are modern day story tellers with their track selection and mixing skills which consist of everything from raggabreaks, dubcore, speedbeats, genreblends, wreckstep, soundclashes, beatresearch, rewinds, basshits, boomsounds, strategic experimental sampling, and intellegent trick placement. Niether have put out tracks on vinyl yet but plan to in the near future. Kid Kameleon has been djing since 1997 after becoming a jungle fan in 1996 while enjoying some of T Power's Mutant Jazz. Ripley became a jungle enthusiest during the height of ragga in 1994-1995 and began djing in 1996. Together these two DJs are currently on tour in Europe. Upon their return from their 2004 Mashit European Tour, they will be making a stop in Kansas City, then will be heading west for relocation to California around the end of July. I recently had an opportunity to talk with them and here's what they had to say.

How would you describe the music you create?

Kid Kameleon: hmmmm ... breakbeat-centric? I call myself a breakbeat strategist, and chose the name chameleon because I never wanted to focus on only one thing. While my ear does go towards certain types of sounds, no doors are entirely closed.

Ripley: It's always a challenge. I prefer to describe what I do, the action, rather than what comes out, a product. My favorite description these days is what Simon Reynolds called it when he saw me play: "Rhythmic danger in overdrive... Rootical rally-cry uproar." There's lots of slicing and layering and chopping, but in a pretty muscular, kinetic, dancefloor way rather than an atmospheric way. I like to combine sounds and beats from all over the spectrum, although I stay ragga influenced, with some middle eastern/south asian sounds as well. For bpms I stay around the 170-190, with a lot of half-tempo stuff too. I've been branching out into grime/sublow/UK garage and dancehall at bpms that mix with it, recently.

What made you decide to go in this musical direction? 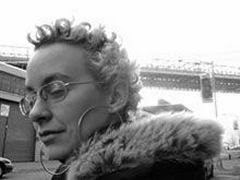 Kid Kameleon: Not being closed minded. Not rejecting anything out of hand. Specifically, I got into Jungle because I saw it as the most wide-ranging genre imaginable. In 97 there was such a wide range of sounds going on in jungle, ragga from a few years before, very minimal Photek-style productions, goofy Aphrodite tracks, fun stuff from Shy FX, dark and heavy stuff Ed Rush/Optical and crew, and new hip-hop/experimental fusions from people like Wally in New York.

Ripley: My musical incubator was the Toneburst crew in Boston, which helped bring up a whole range of brilliant, eclectic artists like Hrvatski, dj c, /rupture, dj flack.. They were a special group, both in terms of throwing total multimedia experiences/parties, but also having a concept, having some kind of social mission, engaging musically and materially in current events and issues, and also organizing responsibly, treating everyone involved with dignity. They were very eclectic, musically, and nobody felt like they had to stay within any particulary musical boundaries, it was only to make sense with what you were doing.. It was a pretty total package, and it also focused on action, on doing things well on all levels. People weren't focused as much on a particular sound, as much as the messages you could send with sound and rhythm. bass, dub, ragga, breaks and jungle could always be found at those events. I think Bass is a great communicator, and I've always found breakbeats more stimulating, more physical. I also am usually moved by reggae and dancehall syncopation, so there tends to be a ragga flavor in what I do.

How do you feel about your recent success?

Kid Kameleon: Couldn't be happier. It's not a breeze, but it is amazing to go to foreign countries I might not have really thought about 3 or 4 years ago and have people excited to hear what it is I get excited to do.

Ripley: I feel pretty lucky.. 5 european tours so far and hopefully more to come.. I'm happy too, because I have not had to compromise much on how I work - either in terms of what I play, or in terms of sucking up to people I don't care for, or who don't respect me. I haven't had to waste a lot of energy on negativity, and keep meeting more and more fascinating people doing exciting stuff all over the world.

What encouraged you to take your talent this far?

Kid Kameleon: Other people/musicians/DJ that are on the same eclectic path as I am, and promoters out there (like the group Soundlab that I work with) who are willing to throw parties that encouraged experimentation.

Ripley: It never occurred to me to stop!

What was the most inspirational moment you have had as a musician? 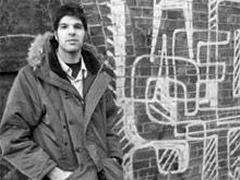 Kid Kameleon: I've been trying to think about this for awhile now. I can't do one, but I can rattle off a little list. 1. Shy FX at the Hi-Fi Bar in Melbourne, October of 99. First big entirely Jungle party I went to. 2. Meeting Mad Professor, also in Melbourne. 3. All Radiohead concerts 4. DJ sets by Guillermo Brown, now a jazz drummer with Matthew Ship among others. 5. DJ Aura at the Frying Pan, NYC in 2001 and seeing people go berserk for a Boards of Canada Track. Squarepusher that same night too.

Ripley: In November 2001 I played a benefit party for the Revolutionary Afghan Women's Association. A month after 9/11, all of us were re-connecting in this warehouse in bushwick.. crusty ragga kids, lean freetekno heads, local hiphop heads, older activist types...it was a cool mixed crowd,and everyone was on a dancefloor together. tearing it up for a good cause. I noticed that different djs who played mostly one style of music would get basically one segment of the audience on the dancefloor. I was the only dj who got everyone to represent at once. That made me feel pretty good! The vibe was intense anyway, we were all happy to see each other, for some of us it was the first time we had laid eyes on all the familiar faces since the disaster. A few weeks later I played in Rennes, France. I was at the decks, my friend the MC had come up for a while. Another guy came up to ask for the mic - he said to me: "You're american? I'm Iraqi. We should play together" and then he freestyled some amazing shit. It meant something to him, not just the sounds, but what we were doing, what we could do together, and what it meant that we were performing it publicly. Made me feel hopeful about music in the world. I'm inspired a lot by artists I've met and worked with. Donna Summer (Jason Forrest), Parasite (he runs Death$sucker records), Peter Trash (Peace Off, Rennes), Eiterherd (he runs this website called widerstand.org out of Austria), Doily and Criterion running Broklyn Beats records (broklynbeats.net). There are so many people doing truly creative stuff, and fostering other people to do it, purely out of love for music and for the message. That's pretty inspiring.

You can find more information about these two, by visiting Mashit Recordings online at www.mashit.com.