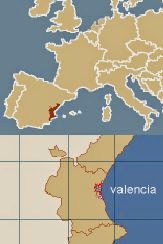 Valencia & Ibiza ~ Story by Michael Bradshaw ~ Photos courtesy of wGuides.com ~ In the Mediterranean expanse of Eastern Iberia lays Valencia--the crown jewel of the Valencian province and the third largest population in Spain. Among rows of cypress trees and rumbling streets, the Valencian people dart through one of the most complicated and chaotic urban centers in Europe.

The Velencian people are, by nature, genuinely kind however very much in tune with their urban roots. Graffiti covers every surface including the foundations of cathedrals and national monuments. Italo-disco thumps from egg-like cars packed with young people who constantly seek the stimulation of drugs and discotheques.

Sex is very much a commodity here. Recently I witnessed a back-seat tumble which took place not only in the middle of the day, but in the middle of a busy intersection as well. It is obvious the people of Valencia learn and desire sex, drugs, music and life in the discotheque, at a very young age.

In the United States, one would equate the Italo-disco movent to that of Progressive House or UK Hard House (which, by the way, they literally call US Hard House in Europe). The differences between the two are the speed; Italo-disco resides between 150-160 BPM, the language of the lyrics; they tend to be in Italian or Spanish, and the overall tone. Proggy House in the US borrows a lot from trance—Italo-disco is all about kicking ass.

Club life is different here as well. In Valencia, it is utterly unheard of, and even more un-cool to go to a club before 2 AM. On the weekends, its typical of nightlifers to not even eat dinner before midnight. Even during the week dinner usually occurs at about 9 PM. People as young as 12 and 13 years old will stay out until the sun comes up with the full knowledge of their parents.

In the discotheques themselves, dancing and socializing takes on a life of its own. Most clubs, even in the smaller provinces, will fill to capacity by 4 AM. In the larger cities like Madrid, Barcelona and Valencia, one can expect to find most clubs to pack in more than 3,000 people every weekend. It is no wonder that Spain is able to boast the hottest nightlife scene in the world.

However, I would be incompetent if I was to discuss the nightlife in Spain without mentioning Ibiza. Ibiza is still very much the Mecca of which all club life derives. Valencia is the jumping off point for anyone wishing to visit this notorious island.

Most who make the pilgrimage to Ibiza (including both Spaniards as well as foreigners) expect to be up all weekend, well into Monday morning. It must also be mentioned that Ibiza not only drains ones physical and mental energy, but one’s bank account as well. A typical weekend in Ibiza can coast as little as $200 (not including lodging and transportation) but can soar into the tens-of-thousands.

However, it is important to note that if one were to come to Valencia only to experience Ibiza, it would be a certain waste. The gritty, graffiti, dance and music scenes and the natural chaotic beauty of the city are essential to understand what all true urban culture can be. 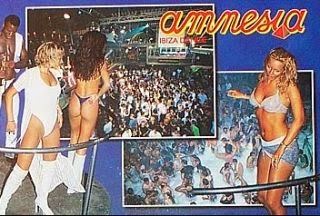 Even without Ibiza, Valencia and the Valencian province is a wild and beautiful nightmare of pleasure. Under blue skies, the points of medieval spires glow in the shimmering skyline of an ancient but vibrant metropolis. Cathedral bells resonate between brick and mortar apartment houses and plume over futuristic European architecture in a weird juxtaposition between new, old, and the essential right now. Between all of this lies a music and a nightlife culture unlike anything I’ve ever seen. The music, people, and nocturnal nature of Valencia (as well as Spain) is simply not to be missed by anyone in search of *the real.