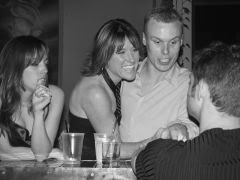 Story by BPositive ~ Photos by todd ~ Like most medium sized cities in the central Midwest, Kansas City has struggled to keep its masses entertained after the sun goes down. If your pleasure is toasting your friends over a cold one, catching the latest feature at the movies or reliving the touchdown pass that won the latest Chiefs game, Kansas City has always had plenty of choices. But, for those who have desired a place to let their hair down on the dance floor and/or listen to some cutting edge music, the choices have traditionally been decidedly limited.

Having sampled the night life in quite of few of the cities on our fair continent, I have often contemplated what allows dance music formats to be successful in some cities, but not others. And, in particular, why have promoter after promoter and club after club "crapped out" in Kansas City, MO?

Bar and club owners across the city, and indeed, across the Midwest, have tried “electronic music nights” only to have most of them fall short of expectations. I’ve watched this experimentation with trepidation. On the one hand, it’s been good to occasionally have somewhere to hear underground dance music and socialize with friends in a non-meat-market atmosphere. On the other hand, when a dance music night fails, it taints that club owner’s perception of dance music and decreases the likelihood that they will ever give a dance format another shot in the future.

Most of these attempts at a dance music format feature the same formula for failure: no budget, inexperienced local DJs, no established crowd of patrons to get the party started, no coordinated business plan for attracting them, and most importantly, no long-term support and commitment from the club’s ownership or management.

Club owners with a slow night or two often grasp at an electronic music format as a way to draw a new crowd, increase attendance or make a slow night profitable. Dance music promoters, typically an idealistic bunch, like to believe that “if you build it, they will come.” Yet, time and time again, I see these two groups get together without recognizing the inherent “gotchas” of the entertainment industry. What are these basic tenets of entertainment that dance music promoters need to keep in mind? Here are a few of the big ones, culled from my observation of what has worked elsewhere. 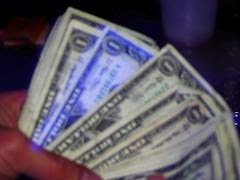 First, when it comes to night clubs, people go where the “party” is. You don’t hear anyone say, “hey, let’s go to that quiet little club where we’ll be the only ones on the dance floor all night.” (Well, okay, maybe ravers would say that, but not the sweating masses, unfortunately. . . ). People gravitate to bars and clubs that they anticipate will be packed, and full of all kinds of hotteys to check out, cheap drinks and a damn good time. That’s why those Hot Mix dance parties live from the radio station de jour are so successful. Radio stations know how to hype a club and get the people to come out. They know how to make it sound like the fun place to be. And, all the hype often creates a self-fulfilling prophecy by attracting so many people that it’s bound to be fun, even if the music is cheesy.

A corollary of the above rule says that an empty dance floor is the enemy of vibe. What this means to a club or promoter is, you need to get a certain critical mass of warm bodies per square inch on the dance floor before people start relaxing and feeling comfortable enough to really dance and get into it. The mega-clubs in large cities know this. Even if you’ve got an established night with a large crowd, you’ve got to help people feel comfortable during the early hours before the crowd has arrived. Really clever clubs like Club Space in Miami even partition off their dance floor using garage doors, moveable walls, or large cubes and props that give the illusion of a small, intimate dance floor but that can be moved or opened up when the floor gets packed.

Second, when it comes to music, for the majority of fans, it’s all about the name. People will pay $75 to go to a concert by today’s mega-superstar performer. However, no matter how much more talented they may be, the up-and-coming performer is lucky to be able to fill a small, college bar with their fans. This corollary applies to dance music, too. Don’t expect up-and-coming local DJs to be able to single-handedly attract immediate hordes of dance-crazed music fans with thirsty bimbos on their arms. Unless you’ve got the unlimited patience of the club’s management and they share in your vision that dance music will take hold if given enough time and talent, you’ve got a recipe for failure.

After years of observing what works and what doesn’t, I’ve come to realize that if your budget is low, you’re going to need time and some other supporting factors to start and keep a dance music weekly going. The most obvious supporting factor is good drink specials. Maybe it sounds cynical, but patrons with a good drink in hand are more likely to relax and enjoy themselves. And, if said good drinks are affordable, people are more apt to take a chance on a new night or stay longer even if the crowd is initially thin. For some reason, many of the clubs and bars that have taken a chance on dance music in the past have not been all that generous with the drink specials.

Other supporting factors can include an under-21 age, eye-catching flyers and promotional people who know how to talk up a show as they are handing them out, or even having a clean, upscale atmosphere and well-designed club that lends itself to socializing in the right places and dancing in others. But, I’ve always had a suspicion that the best money spent on launching an electronic music format at a club would be to invest in some recognizable headliners for the first several weeks until the night has established itself. 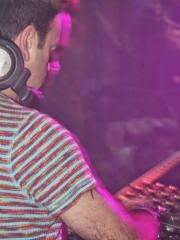 However, there are a limited number of Paul Oakenfolds out there – DJs that the average Joe has heard of. The majority of quality dance music in this country is being played by DJs of whom only the “headz” will have heard. If a club doesn’t recognize that it takes time to build credibility with a crowd to be able to bring in lesser-name DJs but still draw a crowd, they will inevitably be disappointed at the first show after last week’s mega-headliner leaves this week’s DJs in the dust.

Third, even if you get people to come and have enough drink specials and marketing hype to sink a ship, it’s all for naught if your DJs don‘t have good crowd control skills. Now, every bedroom DJ I have ever met has scoffed at how much so-and-so-world-famous-DJ gets paid to play. “I play the exact same records,” they say. These same DJs, if enterprising enough, are often successful at marketing themselves to clubs as the person to increase attendance and build a successful dance music night. While, occasionally, you might come across someone with just so much innate talent and “feel” for the music and the people’s energy that they demonstrate an ability to make people dance very early in their careers. But, for most DJs it takes years and countless nights behind the decks at a mix of clubs and parties to really develop what I like to call “crowd-control skills.”

A good DJ is like a puppet master or an orchestra conductor. When they increase the energy of their records, people respond. When the crowd needs a rest, this DJ feels it and momentarily decreases the energy to allow people to catch their breath, get a drink or hit the bathroom. But, at just the right moment, he knows when to bring the energy back, and just how much, in order to get people up on their feet and back on the dance floor again. As you can imagine, it takes an incredible knowledge of your records and of music to be able to mix a set like that on-the-fly. But, the average club owner doesn’t realize that. They give main-room space to DJs who have only been spinning long enough to get their beat-matching worked out, and then they are surprised when this DJ can’t keep the floor filled.

Fortunately, it seems like a couple of clubs and several promoters in Kansas City are finally getting the formula right. Kabal Restaurant & Nighclub recently gave a huge vote of confidence to it’s successful Thursday night House format by allowing Deep Fix Records, the night’s promoters, to move to Friday nights. And, Saturday nights at Kabal often find headliners from other genres, particurly Progressive House and Trance, brought in by U:Move promotions. Chakra too, is on it's way to becoming a hot little night spot. They are starting it off right on Saturday, June 5, with Charles Feelgood!

It’s great to see Kabal succeeding with this format, and nights there just getting better and better. My props to Kabal, Chakra, DeepFix Records, U:Move and any other venues and promoters out there who are risking their money and profitability to provide us with a place to "shake it" to some quality music. Keep up the good work.