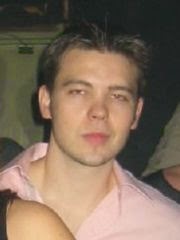 Interview by Brent Crampton ~ Photos by Misha & DEP, courtesy of Ultra Musique ~ Flashback to 2001, it’s a Thursday night and you have nothing to do. The big one-off event isn’t until the weekend, but you want to go out and dance now. If you live in Omaha, you’ll just have to wait until 2004 before you can go out and enjoy posh clubbing on any given week night. Musique has been the catalyst in Omaha that has taken the underground sound into the clubs of Omaha.

Having hosted weeklies and the occasional one-off event, Musique has brought in regional talent such as Josh the Funky 1, Mars Cruiser and Simply Soul Syndicate to name a few. Musique has booked nearly every dj in the Omaha and Lincoln area and has given rise to the club culture in Omaha. The one-year anniversary of the company is approaching this month so I’ve taken some time out to talk to the owner, Ethan Bondelid, to see where Musique has been, and where they are going.

What's the story on how Musique got started?

Omaha has long been a pub town with the all to common Juke Box variety nightlife. We've had several successful production groups (some which I've been a part of) hosting one off events, and bringing in some great talent, giving our local guys a chance to play. Musique was formed with a different focus in mind. We wanted to bring house music to an every day lifestyle, as it should be. This grassroots approach of establishing small weeklies started with one night in one venue. Now DJ's can have regular gigs, and take it more seriously. They've grown just as mush as the scene and us as a company.

What gave you the motivation to start the company?

Basically, I wanted enjoy a house record when I'm out on a Tuesday, in alternative to what a record company decided was one of the most popular 40 songs. I wanted to get DJ's regular gigs, so they could make a living and we could have fun doing it. And mostly I've noticed a lot of people are hesitant to go to party if they are new to the music. Bringing it to them on a regular basis, I wanted to open their minds to the music and bring more people to our scene. I hear less and less people expressing that they don't like "techno music," to being able to identify which genre suits them. 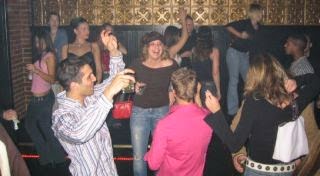 Define the scope of Musique, what is the goal of the company?

I think It's illustrated above. In an even broader scope, I’d like to take us into a venue ownership to give us more freedom with the music. A place formed around music, for the DJ's. When that happens you'll see headliners playing on a regular basis, like we see locals finally doing now. It's the next progression most metropolis have went through already.

So the one year anniversary is coming up here soon. What have you accomplished in the past?

If anything I hope we've set the ground work for a stable scene. I've seen so many fluctuations with crowds and trends. I like to see a more generous culture produced that isn't going to go just away because of a few bad parties.

What's in store for the future?

More Dj's, more venue's, and more patrons. I think we'll definitely see a needed development of trendy clubs and lounges popping up all over town. This will bring more competition, which can thrive businesses, and get a better treatment to quality DJ's from the venues.

What's the plan for the anniversary party?

Unfortunately It's a bit to early to tell, but if all goes well, it will most defiantly be a unique and memorable event, one to rival the Cruise party on the river boat. Stay tuned to our web site to keep posted.

Have comments about this or any other article? Post them to the Forum!

Be sure to check their web site for all of the latest at www.ultramusique.com