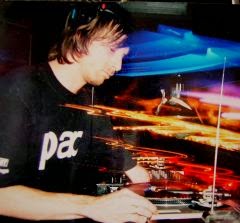 by Brent Crampton ~ photo by Don Edmundson ~ Don Tinsley is a man in the midwest scene that needs no introduction. Whether it be promotion, dj'ing, producing, or playing in his live house band - Urban Jazz Naturals - Don has all the aspects of the industry covered. Don holds a residency at the weekly event, Sweet Spot at the Pepper Lounge bringing in headlining house acts. He currently has a mix being hosted on the infamous UndergroundHouse.net . His band, Urban Jazz Naturals will be playing alongside Demarkus Lewis and JT Donaldson in Chicago on May 7th, and they have an upcoming release on Gallery Music Group from their track entitled "How Can I" which has received reviews from URB and BPM magazine. Don has given us the inside tip on his top 10 rockers of the dance floor at the moment. Don't get to anxious though, you'll have to wait for a bit before you can buy some of these tracks. He's got the promo hook up, and he's been nice enough to provide us with a downloadable mix set, so make sure to check it out.

To support these artists, go down to your local record store and pick them up. Buy Local – Think global

Have comments about this or any other article? Post them to the Forum!

You can download Don Tinsley's Mix Set, "Live at LO on 2/4/4" on the Urban Jazz Naturals Web Site or just click here.

If you are going to be in St Louis, check here for more information about the weekly event "Sweet Spot".
zine.v1.stories