interview & photos by todd ~ Recently on a Sunday night, I was invited down to the Grand Emporium to check out an act that he was really excited about called Tortured Soul. Hailing from Brooklyn, NY this trio of musicians played an evening of excellent House music to a tight little crowd.

What makes these guys so different. They don't use vinyl, CDs, MP3s or even Final Scratch. It's all live instrumentation. Christian on Percussion, Jason on Bass and Ethan playing a vintage set of keyboards that add an interesting flavor to their sound, their sound is so good, even my good friend Harvey couldn't be kept away from this show. (Click here to hear his comment).

After their set, I had the opportunity to sit and chat with them for a minute. Here's what they had to say.

When did you guys get together?

We met about 3 1/2 years ago and we were playing in a bigger six piece band and the three of us enjoyed playing more as a trio than the bigger band and I (Christian) started a project where actually the first song was a little more production oriented and I brought it to these guys after I did that song and they started joining in and writing with me and helped turn what was originally sort of a production concept into a more full-blown project where we kind of took what we were doing as a rhythm section for a bigger band and applied it to a new concept which was more focusing on doing band stuff.

Were you doing anything similar before this project?

We've been mostly dance oriented bands before this, but we've been doing this live for about a year now, though we started this project a couple of years ago.

Why did you decide to play House?

Do you have any CD / vinyl releases?

We have four singles. Well, we have three really. The second single that came out had Tortured Soul involved, but it was really in collaboration with another artist. As this band, there's three singles that are out on Central Park Recordings. 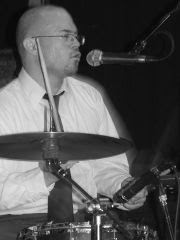 Do you have anything in the works?

What's the name of this new full length album you have coming out?

We are not really for certain yet, but the name of the album will probably be called, "Introducing Tortured Soul" and will be released in CD format and in a full length vinyl album.

I'll be on the lookout for it. You can count on it. By the way, in your set this evening, I noticed you wanted to go a little deeper a couple of times, but it seemed that the dance floor kind of faded a little when you did. I noticed that you responded to that fairly quickly and soon had everyone back out on the dance floor.

We respond heavily to the audience. So, if the audience is getting in to it, we let them kind of drive it a little. Tonight, because of that, we changed the set a little bit toward the end. We were going to go into something a little bit weirder, but decided that everyone probably wanted to hear maybe another tune or two that was a little more upbeat. A good percentage of what we do is based on Crowd Response. I mean, we obviously have a lot of songs that we want to play, but we'll go in to different directions spontaneously. When the audience isn't dancing, or we can't get them engaged, we adjust and see what the crowd wants. We want the crowd to dance because it motivates us more. 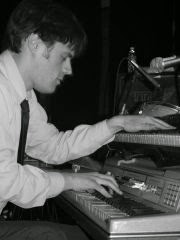 I'm sort of like that with my photography. I really prefer to be shooting a crowd that's dancing, than one that is just standing and listening.

So, where else have you played recently?

We just played at Tantra and the Shelbourne Hotel during the WMC. The Shelbourne Hotel party was with Ming & FS and Monk and a few others. We actually were the first band to play and we had a nice close little crowd that were there just to see us.

I was at that party, though not until late! I'm sorry I missed your set. Any other places recently.

Actually, yea.. several times in New Orleans for Jazz Fest and we just played an event that was going on during Mardi Gras.

Another one I seemed to have missed. I was there for Mardi Gras and Zoolu 10.

That's the event we played at. 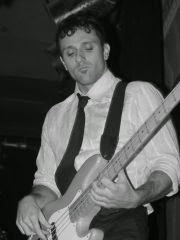 You know, I think I may have some photos of you! I was there doing a story and remember a band upstairs that really had the room moving during the first night. I wanted to stop and talk with them, but didn't get the opportunity.

That was us! There was no other band.

So, I have heard you before! In fact, I think I've got some photos of you playing on my site already.

That was great party. The turnout was a little smaller than they had expected, but it was still quite a good crowd. We flew in and played and got back on the plane and flew back. I think we left about 5 pm and flew back out at 730 the next morning. We didn't even stay in the hotel or anything. It was pretty crazy. I left one of my favorite shirts and a couple of cords there.

So you are touring around right now. What's the next leg in your journey?

We are going to Colorado for about a week. We've got about 5 shows, then off to Chicago and Cleveland, then probably back to the studio.

Hear what you missed! Click here for a small sound bite from that night.


View more of the photos from their performance the evening of the interview, or for more information about this unique band, samples of their music and recent news, be sure to check out their web site www.TorturedSoulMusic.com.