Syde-sho 3 year Anniversary ~ interview by Kourtney Anderson ~ photos by todd ~ On the verge of its third birthday it was only proper to have a chat with the founder of Syde-Sho.com, DJ Sydeburnz. At the most recent get together, speakers blaring and the liquor consumption rising, we stepped into the back room. There I got the low down on this birthday bash and just how far Syde-sho had come in the past three years.

phocas: I was under the impression that Syde-sho began after SyQuil went down. If this is the case how is it already Syde-sho’s three year anniversary?

Sydeburnz: It was originally for my indie label I started when doing work for Effigy (a pop/punk Topeka band). Plus, I had a handful of bands I did bookings for. That was the true beginning of the site. Then, after attending Synergy in Omaha the summer of 2000, I decided to get back to my DJ roots. Although I helped out with some parties previously, I threw my first solo event on March 10, 2001. The party was Ravioshack and it marks the 3-year birthday of Syde-sho. As for the web site: It was up and running before SyQuil went down but really didn’t get any respect.

(Editor's Note: Syde-Sho.com in it's current most recognized format was first released sometime around March of 2002 and quickly gained the support and respect of much of the community)

phocas: A couple years later some see the site as the hub of the scene. Do you agree?

Sydeburnz: To a point. I think there are still enough kids that miss the older sites as their primary source. They don’t want to admit it’s an influence. If you talk about how great SyQuil was, then you are ‘old school’. And everyone wants to be ‘old school’. 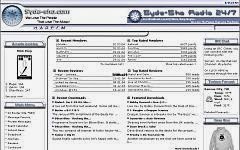 phocas: What is the most annoying thing about running a site like Syde-sho?

Sydeburnz: There is so much work put into Syde-sho.com to make it user controlled. Anyone can add information on their own. Yet I still have promoters calling my cell phone asking to submit their party to the site. As for parties; everyone wants to be on the guest list. They want their friendship to supersede the fact we have to pay the bills associated with throwing events. Plus, nobody writes good reviews of parties anymore. What’s up with that?

phocas: Synthesis, the three year anniversary for Syde-Sho, will be on March 13th. What is going to make this party different?

Sydeburnz: Look at the headliners. When has Spree been here in the past? Who besides Cicada Rhythms books Woody McBride? I am all about bringing the DJs people really want to hear, not some Moonshine DJ with the most press. It’s about the people most innovative in their genres. I also like to bring DJ’s that are good-natured, down to earth and love what they do. It shows when they are cool people that don’t mind hanging out; they want to come out and want to play.

phocas: Bringing Spree was a different choice. Weren’t you worried about the flack that comes with booking happy hardcore DJs?

Sydeburnz: Spree caters to the younger, newer people. People forget without that young crowd you have no future. You have to cater to them for the future of the scene.

phocas: Why did you choose Woody McBride?

Sydeburnz: Woody is on the opposite side of the spectrum. He is one of those DJs that attract the educated and intellectual ravers. He also has a great outlook on our scene and what it could become. One of the things we wanted to do with Synthesis is bring opposite ends of the spectrum together. Hence the name; Synthesis: a combination of two elements in a specific process whereby a new and higher level of truth is achieved.

phocas: The first time I saw the line-up for Synthesis I noticed a couple new faces to the Syde-sho roster. How do you decide which DJs are right for Syde-Sho?

Sydeburnz: The roster represents DJs that have great skills but also have great attitudes. I feel the DJ’s on our roster are really about the music and not so much about the business. I’ve played for free and they have too when the situation is right because in the end, it’s about the love of the music.

phocas: Now let’s talk about you, the man behind Syde-sho, DJ Sydeburnz. Would you ever shave those puppies off?

Sydeburnz: I don’t know, they are kind of my trademark now. Sydeburnz wasn’t really supposed to be my DJ name. It started off as my email and people just started calling me that. If you have ever noticed I sometimes put DJ Sydeburnz aka Jack Napier in an attempt to sway it back to what I intended. Back when I was a club DJ in Omaha, Nebraska I went by Joker. In Batman, Jack Napier was the joker’s name.

phocas: We have talked about Syde-sho’s influence on our scene, how about on you? What impact has this whole thing had on your life?

Sydeburnz: Before the site I had a hard time getting booked. It helped me get my foot in the door. The parties have been fun to push the envelope. When I first mentioned I wanted to throw a party in Topeka I was told I couldn’t; it wouldn’t be a success. This gave me the drive I needed to make it happen. After all that talk about nobody wanting to drive to Topeka, there were about 1000 that still showed up at Ravioshack. Not bad for my first solo party!

phocas: Well then, straight from the threads of syde-sho.com, my question for you is chicken, beef or turkey?

phocas: So when you look into your crystal ball what do you see for Syde-sho’s future? 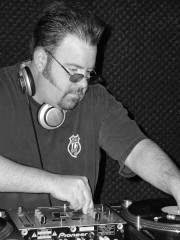 Sydeburnz: I want to still retain a small promotion existence; one or two events a year. I also want to have a party that is exclusively Syde-sho talent with members getting in for half price. I would like the DJ database to grow. I don’t think people realize that any DJ can submit their information. So far we have about 100 in the database but I would like more. I know there are a lot of people on PureRave and it would be nice to see them join. PureRave is based in Canada so it isn’t focused on our scene the way Syde-sho, a regionally based site, is. We have all the options on PureRave and there’s no membership fee to use them.

Sydeburnz: Well, I really wouldn’t be here if it weren’t for Mooncraft and Cicada. I learned a lot about the business from throwing events with those guys. I owe them both a great deal. There are always a few people that shine through all the crap that goes along events and promotion and I think it’s good to be recognized for that. I guess I’m just trying to pay it forward, so to speak.

After the party, check back for photos from this event!
zine.v1.stories