standing on its own 2 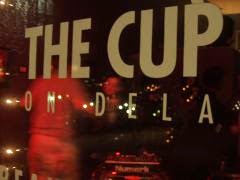 “This track changed my life a year ago,” cQuence shouted over the blaring treble. The name of the song speaks for itself: “My art is better than your art.”

That’s what the Cup and Saucer has been about for the past 2 years on Wednesday nights: art. “I mean we’ve had everyone in there from bands to MCs and random bedroom DJs to Pat Nice who is doing really huge production now with Deepfix records. You know it’s just the generosity of artists. That’s why the Cup and Saucer has lasted so long,” states cQuence. Slater agreed: “Everybody and their brother has played there. It’s a platform to be experimental.”

The Cup and Saucer will be celebrating the 2-year anniversary of the Wednesday Perk on February 4th starting at 8pm. On the bill for the evening is Toward a Better Acronym as a warm up as well as all the past resident DJs: Slater, cQuence, Flotilla, and Eclypz.

But how did this all begin? How did a tiny coffee shop on 4th and Delaware become such a stalwart venue for the local music scene? Slater is not afraid to admit it, “To tell you the truth, I couldn’t get booked for a weekly anywhere locally. I used to hang out at the Cup and Saucer all the time so one day I just asked Charlotte, one of the bartenders, if I could maybe set something up with the owners. They loved the idea and that was that. After Spark Bar closed I invited cQuence and Flotilla to come play with me. Then I moved to Wichita and for about 8 months and we stopped playing altogether. But two years ago Eclypz joined with cQuence and Flotilla to restart the Cup. That’s what this celebration is actually about.”

It is packed on the night I show up, every table full, a few people in the back barely notice the MC freestyling over Slater’s scratching, another few are right up front absorbed by what they’re witnessing. On any given Wednesday in Kansas City, brilliance is taking place at the Cup and Saucer. Earlier that night it was Toward a Better Acronym (or TBA), a duo known for their incredible down tempo sets. 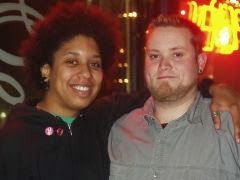 cQuence made a point to remind me, “That’s all it’s ever been: us going out there every Wednesday and playing records and having guests out there that wanted to show their music off to the local scene. It was never about big lights and hoes and bitches and you know all that shit.”

A statement that Slater corroborated, “This place is a platform for good music, not ‘The Humpty Dance’. (The Cup and Saucer) is for real music appreciation.”

So how does that explain the summer of 2002, a year when the occupancy of a Wednesday night literally spilled into the streets? cQuence delineated it like this: “It was FUN and people came back for about 5 months in a row every single week, it was amazing. It was something that I’ve never experienced outside of this city. Even in the scenes in Dallas, Oklahoma City, or Atlanta. It was just a really big continuance.” 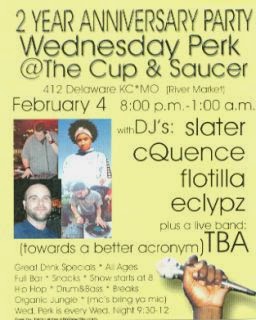 The first two weeks of January, however, have shown an incredible comeback in Wednesday Perk’s following. Both Wednesdays of this month have posted standing room only occupancies. Not that that is incredibly hard in such an intimate venue, but it is a sign of return.

February 4th will be the event that marks that return with a thick black line. The bill includes turntablism, breaks, and drum and bass as well as a live band. “Come here if you want to see people who really care about their art,” remarked Slater. And after a short musing he added as an aside, “A lot of people in Kansas City sleep on their art. Don’t sleep on it.”

So wake up Kansas City! Or you might just miss it.

The 2 year Anniversary Party of Wednesday Perk will be on February 4th from 8pm until 1am located at the Cup and Saucer 412 Delaware St. in the River Market area of Downtown Kansas City, MO. Wednesday Perk is held every Wednesday from 9:30-midnight.

For more information about The Cup & Saucer and the various events happening there, be sure to visit their website at TheCupandSaucer.com


view photos from the 2-Year Anniversary Party for the Wednesday Perk
zine.v1.stories