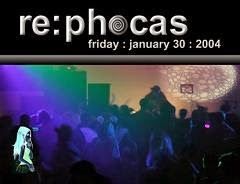 What was it all about anyway? Well, have a seat and I'll tell you. re:phocas was about a turning point for this web site. I wanted so very much to have a story to go with all of these photos because there IS a story there, just aching to be told and Nobody is telling it. In fact, that's much of the reason for "journal" that I started back in October. I thought that if I could get nothing more done, I would have that piece of it.

Regardless, it all really started about a year ago. I made several attempts to move to a more Article-based format, but it never really materialized, so I kept pushing forward and talking to people. Eventually, around October of '03, I finally started getting some input and feedback from people that were interested in contributing to the effort. By the end of December '03, a definite form was emerging with definite people. We still have a little ways to go, but I think we're headed in the right direction.

Unfortunately, we missed our first and then our second release deadlines (1/30, then 2/1) and several people misunderstood the meaning behind the party, thinking it was a 2nd Anniversary party of sorts. Sorry, that was in December and it really was a great little chill party. This party was about re:phocasing and I really wanted the release of this to coincide with the party, but... well, as in all things published, deadlines can be evasive as hell. 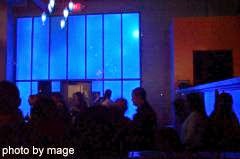 Though I had my doubts, the party was a huge success on various levels, and I do want to take some space here and thank each and every person involved and kind of give you my take on the whole affair. My doubts started at about 10 am Friday Morning when I got the call from Chad, the owner of Club One 51, telling me that KCK was not going to allow him to re-open that evening. I thought... great. That's just perfect. How did I know this would happen? Don't panic. This can be fixed.

After several phone calls to various places, we convinced Kabal to let us move it there. Though Kabal was much smaller than we had initially planned for (400 capacity vs 2000), I decided it was really my only option available and took it.

The rest of the day was spent eMailing and calling everyone that I could to get the word out about the change in Venue. I managed to get to Kabal around 8 pm. There wasn't a whole lot going on. JAH was playin some tunes and there were a few lingering. 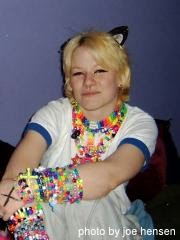 At the start, there was still that same small amount of people there and we were worrying and praying that the sign was still up at the other club. Shortly thereafter, the Kidz started to show up. The entered the room as a peacock enters the barnyard, Kandyied out and turning heads. They gave the place such a nice splash of color. What would we do without them.

By 10 o'clock, Velvin had some people movin downstairs and things were filling up quite well. There were a few people asking what the lineup was and whatnot and at one point, someone came up to me and asked when the Electro-Clash would be. I had to tell them that unfortunately it had been a casualty of the Venue change. Half of that Tag set was at the door and the other half had already played his set. I told him that if he stuck around, I'm sure that he would not be disappointed. He did. I saw him later and though we didn't speak, he appeared to be having a rather good time.

cQuence took the decks right after Velvin. He had built up quite a little dance crowd for her and she played her heart out keeping and adding to it. I passed through at a couple points and people were dancing their asses off.

By 11 pm, the place was crowded and a little difficult to move around, but it wasn't impossible. The downstairs was really full and KC's own SuperModel, Shandi was just beginning to tease the crowd a little with her set. By the end of her set at Midnight she had built them up enough that they were ready to receive a good lashing of Techno. I thought that cQuence had them going good, but the crowd just seemed to gain even more intensity as the night progressed.

Somewhere around 1130 pm, Kabal had decided that they could no longer allow any more people under 21 in to the club until some people left. By Midnight, that rule had changed to Anyone. We had moved to a in-and-out situation. The place was At Capacity and remained that way until the very last track was played. People waited outside in vain so that they might gain entrance, but by 1230 pretty much everyone that was there had no intention of leaving. Good Vibrations were Everywhere and everyone was soaking in them. 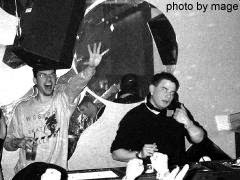 At Midnight, Offtrack, formerly of KC, now a Chicagoan took the tables and took his listeners to the next level. Techno had entered the Kabal Basement for the 3rd time since it's opening, but nowhere in this city have I ever seen a response like I saw that night. Everyone was dancing. It didn't matter that it was crowded and you could barely move. The dance floor was alive with people moving. I moved in and out of the dance floor. I danced with several people each time I passed through. I wish that I could have stayed down there and played with everyone a little longer, but I was doing the "circuit" and wanted to be able to meet and talk to everyone.

Several times while I was downstairs, I gave away some T-Shirts and a few phocas 2003 YearBook CDs. Which was the same Video that Mark was playing with. The CD contains about 15,000 photos that were taken over the course of 2003. If you're interested in getting one of those CDs, get in contact with me. I have yet to figure out how much they will be, but I will be making them available, fairly cheap, as well as a CD Yearbook for 2002. I also had some Ming & FS tickets to give away, but somehow forgot that they were in my pocket. I will be giving those away randomly in the next week. 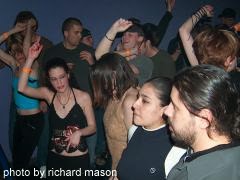 Unfortunately, all good things must eventually come to an end and everyone was ultimately shoved out the door by 130 am. The party had been a WhirlWind. I didn't really want it to end. I wish that it could have kept going and going and that is my only disappointment, that it couldn't have gone all night long. Regardless, it was still awesome. It could not have been any better. I remember thinking and telling several people, "It could have been just as good at Club One 51, but I do not think it would have been as good." and I still maintain that.

Needless to say, I was so pleased with the way that everything turned out. If you took photos that night, you should get in touch with me and I'll add them to the gallery. The photos used here are from the party. Thanks to JesseP, Kandice, Mage, Joe and Richard for getting me something to work with in this article.  View the photo event post for more of their photos.

I also want to that the following people.... in no particular order. If I miss anyone, don't take it personal. I really do appreciate everything that was done for and at this event by everyone from A-Z. 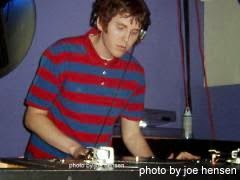 Sherri - For putting up with me and my evil twin phocas and all of this.

MikeB - This would NEVER have happened without you.

Offtrack - Techno... That's What I Thank You For. For that Sweet and Brutal Beat.

Shandi - SuperModel - SuperDJ. You are a sweetheart through and through. We're all rootin for you!

cQuence - You rocked it! I know you're pretty critical of your playing, but you are always The Tops in my book. 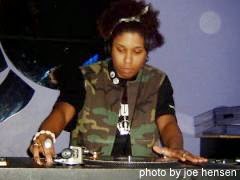 Eric - Just Shut Up and Play. hehe... No really. Thanks for some fine House.

Shad (or Shadd or whatever) - Sorry I don't know you're DJ name, but you kept the upstairs shakin it all night, just right.

Charlie & Amy - It's too bad we couldn't have done it there, but there's always next time, right?

Will & Lee (PhukBed)- Thank you for the last minute scramble to find a venue. Even though we didn't use it, I appreciate the last-minute effort that you put in to finding me a place.

Joe Jackson (ActionJ Ent) - Thanks for letting us Invade your night. You don't know how much I appreciate it. 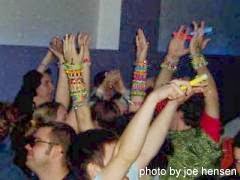 ALL of the Staff at Kabal - This wouldn't have happened without you either. Thanks for being there and helping me get through this in one piece. My sincere appreciation.

VJ Ones - There No Kandy Like Eye Kandy. I liked what I saw immensely. Maybe you can figure out something obtuse to do with those photos in future video displays.

The KandyKidz - Every party needs a splash of Color and that Sense of Childish Abandon. I hope to see you at every party I'm ever at. I don't know what we would do without you. I even more appreciate the fact that you showed up to a venue that doesn't have a particularly good reputation with you. Thanks for remaining faithful. It means a lot to me that you came anyway. 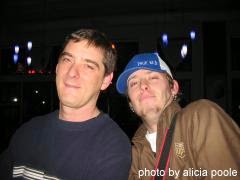 Jason (Leo Productions), Zack & Co. - I can't believe you came all the way from Springfield! Damn! We partied hard and we'll do it again soon. My Sofa is Your Sofa. Anytime dood.

John & Kate - You 2 are 1 of a Kind. No doubt. Thanks for the insight. Thanks for trust. Thanks for just being ... You. And thanks for being Offtrack's cheerleader that night, Jon ... hehe.

White Label Productions (Kris?) - I can't believe you came all the way down from Des Moines! 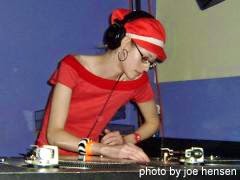 Sophia (Gots 2B Phat Productions) - I never even knew. I hope you enjoyed my sofa. Don't think a thing of it. We'll do it again real soon.

Gary! - St Louis Raver! I hope that KC met your expectations. When we go crazy, well... we go a little crazy.

Kandice - You silly girl. I wanna see those pictures and Soon!

JoeH - Thanks for taking pix. There will be more opportunities. Stay tuned. You haven't let me down yet.

Kent - Indeed. I really didn't expect to see you there. Thanks for your encouragement. 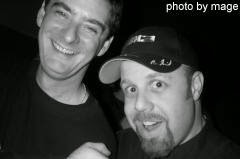 Richard & Kim - Though you don't go to parties and don't care too much about the music, I KNOW you had a good time. Thanks for your support.

Rick & Lee - Welcome to my world. I hope you liked it and come again. Careful with the drink, those stairs can be a nightmare under the influence.

Monkey & Chrissy - You know why, but that's another story for another time.

FitzRoger - You have been there from the beginning and I know you'll always be there. Thank You For Your Most Generous Donation! It will NOT be forgotten.

Chad - For reminding of the way things are and will probably always be.

And ... to everyone that showed up.  I love you all.  You are the reason I keep going.