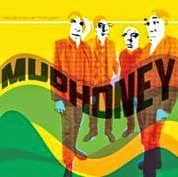 Have you ever looked at what your tax dollars bought? The largest local library systems – the Kansas City Public Library system, Mid-Continent, and Johnson County are stacked with great free music. Just searching for Mudhoney in the KCPL system yielded the Singles soundtrack, as well as Mudhoney’s album from 2000, and a find – a two-disc comp called Gimmie Indie Rock with Mudhoney, Dinosaur Jr., Minutemen, The Fall, Galaxie 500, and a ton of others. I tell the online system I want it, it reserves it at the most convenient branch to me, and the system emails me within a few days when it’s in.

Now, of course, these systems are not going to have the ease of selection that the online p-2-p services have. However, libraries are generally funded based on usership, and by supplying more of what users want, can get better funding. You do have the ability to give purchase suggestions, both on-line and in person, to systems as to what they buy, whether it’s books, dvds, or music. Donations are of course accepted as well.
And yeah, I said dvds. You don’t like paying late fees or supporting superchains and their limited selection? Did you know you can get dvds – and vhs as well of course -- from the Kansas City Public library for $1 for 3 days? Not only is the arts and education section expansive, but the number of (often newly-released) feature films is fairly impressive.

Your tax dollars can buy a lot of this stuff so it’s worth exploiting for a free, valuable source of music, entertainment, and education. For more information about the Kansas City Public Library, be sure to visit their web site, KCPL.Lib.Mo.Us
zine.v1.stories