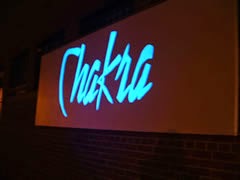 Club ChakraI had been hearing whispers about a new club to hit the area. I kept my eyes open for any solid info about this new place but little was to be found. So when I pondered my options for New Years Eve I got excited to hear that this new club was offering a sneak peak of sorts for the holiday. With this NYE party announcement came some clues as to what I should expect. The people behind “Club Chakra” were the same ones that blew me away at the beginning of the year with their short lived club night, “Ultraviolet”. I dressed to impress and as I got closer to the club the excitement built. When we reached our destination the bright Chakra sign reassured my assumptions that it was going to be a great night. I had always loved Ultraviolet and now I had a place to return for a similar experience. Yet I only knew that Chakra was open for NYE and had no other clue about its future. Still in the dark I decided to track down Charlie and get the scoop.

Where are you from? How did you end up in the Midwest?

London, England. I went to an international college in London where I met my wife, Amy, who was studying abroad. After graduating, I followed her back here as her family is from Topeka and we married in ’99. 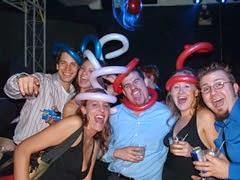 What is your most memorable clubbing experience?

My favorite club was a place called Club UK. Every Friday they would bring in the usual suspects like Sasha and Digweed, Coxie and Okie, Sven Vath and PVD etc. and we (and 3000 regulars) rarely missed a Friday! That was a decade ago however…

My favorite experience was dancing 12 hours straight at the Tom-Tom club in Sydney, Australia in 1992 at the peak of the EuroTrance era. No-one noteworthy was playing, I just had an incredible night and we spent the next day chilling on Bondi beach, soaking up the rays!

When did u decide to open a club? Why KC?

My wife and I were driving back from New Years 2000 in Cali. We were full of hope and promise and we decided, “What the hell!” Amy had always wanted to open a club and with our combined experiences to draw upon it seemed a natural choice. We had had such a good time in London and we wanted to bring a piece of that here. We scoped out every venue from Manhattan to KCMO. We needed something that had parking, lack of neighbors and was the right size but everywhere we went, local ordinances and the initial costs made things next to impossible. The spot in the west bottoms had the right combination of a ready-to-paint venue, oodles of parking and an understanding landlord. Plus KC is where it’s at. 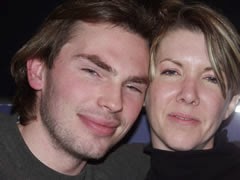 How did you come up with the name Club Chakra?

Amy came up with it. We wanted something exotic and sexy so she looked for names in other languages. Chakra fit perfectly. It also means “hot blonde” in Arabic!

What is the theme of the club?

An international style that is vibe-oriented. We geared it towards socializing and wanted a place for people to relax and soak up a warm friendly vibe. However there will be plenty of action on the dance-floor with intelligent lighting and visual effects of a standard that people who saw UV will be familiar with. Upstairs we have the “deep floor” devoted to deep house. It’s warm, sexy and intimate. Our philosophy is that creating the atmosphere and vibe is the most important thing. Everything else will flow from that. We wanted to create a place where you can relax, enjoy yourself at the end of the week but still dance your ass off if you want to.

What kind of music should people expect to hear?

The music downstairs is designed to have a progression throughout the evening to cater to a wider audience. Expect accessible, sexy, upbeat sounds to begin with, becoming harder and trancier as the night goes on. The top floor will be exclusively deep house so there’ll always be a contrast. 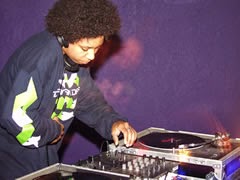 Chakra is committed to fostering new local talent. Each week there will be a guest dj opening for Chakra residents who represent the major genres. Also, every three weeks we aim to have a show to add spice and break up the month.

What has been the biggest challenge so far?

Financing. Since a nightclub is obviously a risky investment, banks treat you like a leper’s jockstrap. It takes some serious schmoozing to get anywhere! I would also have to say making a business that takes 110% and at the same time making time for two small children has been exceptionally difficult.

What has been the best part?

Seeing the help that people have given. People can see this is something different and want to be a part of it. I literally get a lump in my throat when I think of all the hard work and goodwill given to help get this off the ground. I will be eternally grateful to all those who have given up so much of their time and energy.

When is the opening night? Ages?

January 31 and we will be exclusively 21+

How late will you be open? What is the capacity? Number of rooms?

For the next month at least, we will be open ‘till 3am. Our initial capacity is 500 and we have 2 floors of music and 2 bars. 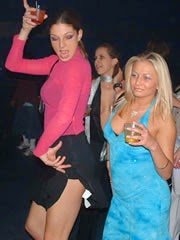 What would be your ideal for the club?

The ideal would be to steadily improve until we become an international class nightclub of the standard that city-dwellers worldwide enjoy and KC sorely deserves.

Do you have any advice for those wanting to open their own club?
Get your finances in order first because it is easier to talk with venue owners etc. Also keep persevering –never give up!

I wish we had more time to make a better first impression and really show what we can do. We found the venue early last year while doing the club-night “Ultraviolet” in Lawrence, but the lease wasn’t signed until October so we couldn’t start work until then. Since then it’s been “balls to the wall” and we are all a bit frazzled.

McDonald’s and I get a filet-o-fish!

For more information about Club Chakra, visit their website at ChakraKC.com
zine.v1.stories