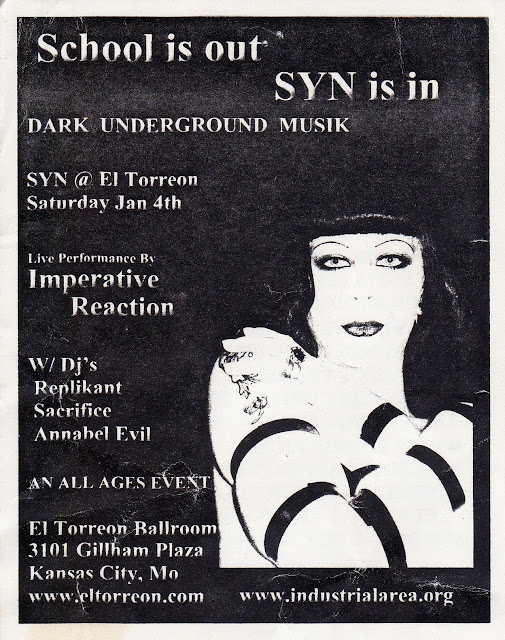 The El Torreon had been closed to any further events since April, with no promise that changing any time soon.  Industrial Area Productions changed all of that with the first event of the new year, hosting a a night of Dark Underground Musik featuring Imperative Reaction. 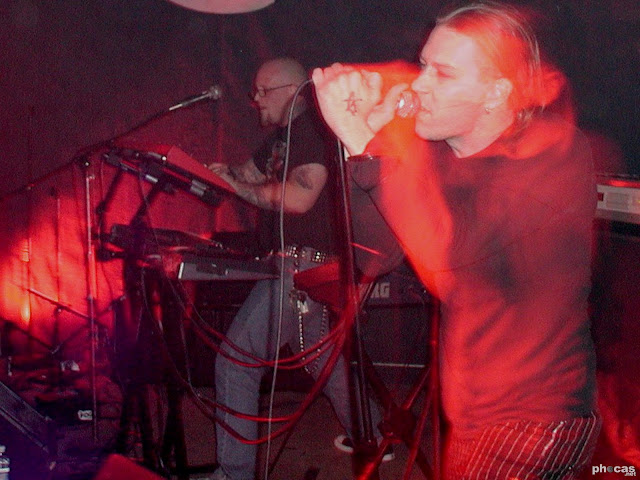 Founded in 1996 by Ted Phelps and David Andrecht from the remains of the band Digital Neural Assault, the electro-industrial band shook the El Torreon Ballroom on the last weekend before the school year kicked in again. 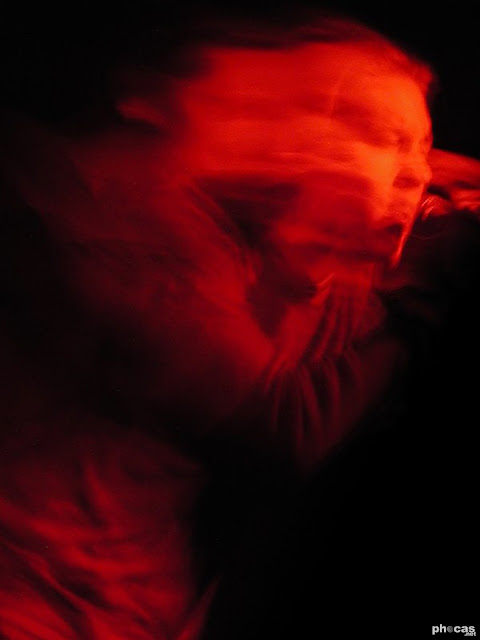 It was generally a good turn out, but was restricted to the front room.  The warehouse area used at previous events remained blocked off an inaccessible.  Nobody seemed to care though. 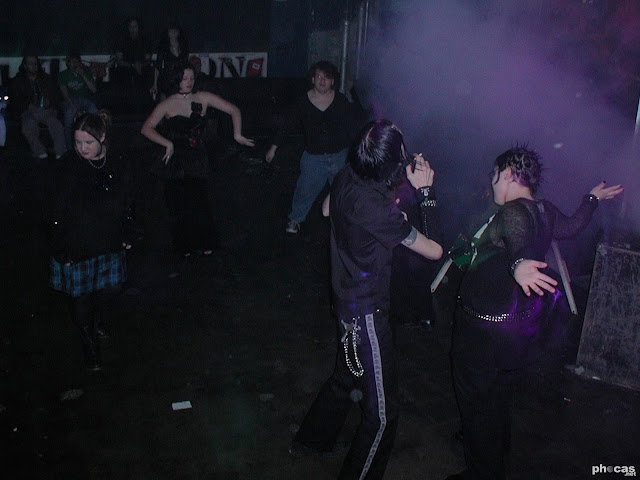 The night was about getting your groove on in the dark, to the dark sounds of supporting DJs Replikant, Sacrifice, and Annabel Evil before drowning in the lush electro-industrial sound of Imperative Reaction. 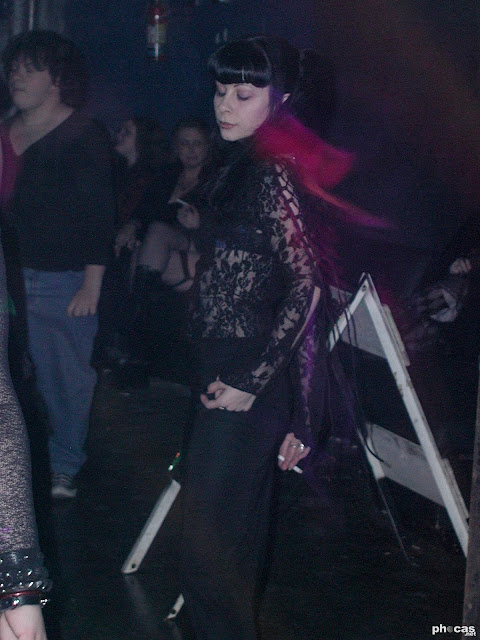