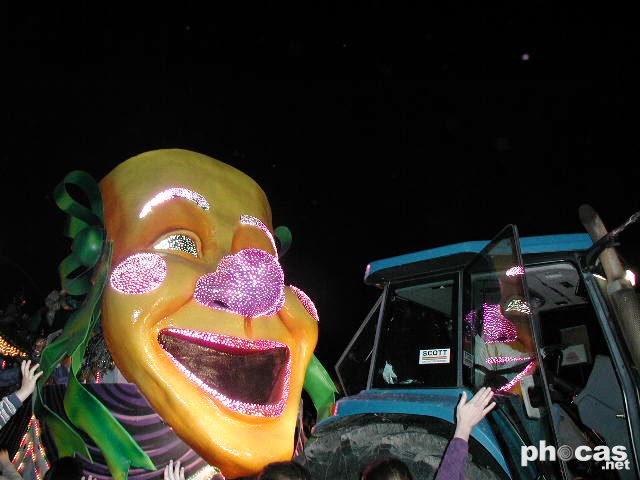 We arrived in New Orleans just in time to meet up with friends at the Endymion Parade, led by Grand Marshall Jason Alexander. We took a stroll through the Quarter afterwards, to see what we could see.

It was still a few days before Mardi Gras, but the party was starting to form. Some girls from Playboy, one of which appeared to be Pamela Anderson, were putting on an early show. Down the street further, some local were doing the same. Everything was as expected. 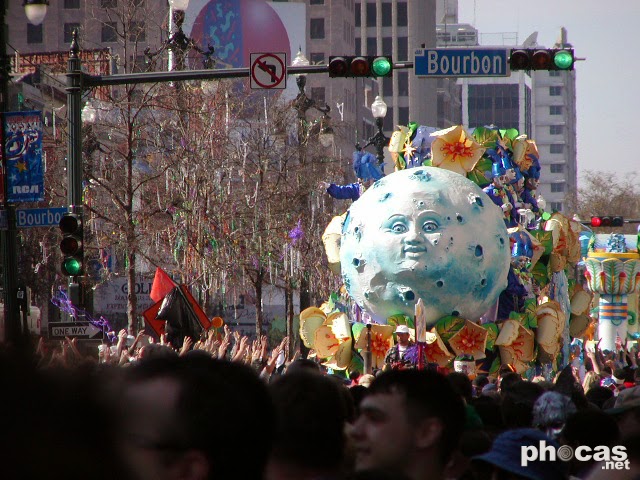 Lundi Gras was pretty laid back. We really didn't go into the Quarter for much, except to drop off some equipment at Checkpoint for the Creaters of Habit gig that night. Our friend was playing a gig with his old krewe, and it was to bleed into the early hours of Mardi Gras morning.

We did not get involved with that after the gig, but did peak around the corner into the Marigny for a moment, catching a little percussion improve and meeting random people needing a light.

The next morning we skipped most of the parades. Instead, we roamed relatively open streets that would later collapse under the weight of the massive night time population.

We avoided even that during the night on this trip, focusing on meeting various people and capturing some of the random uniqueness that wandered about and had a blast. 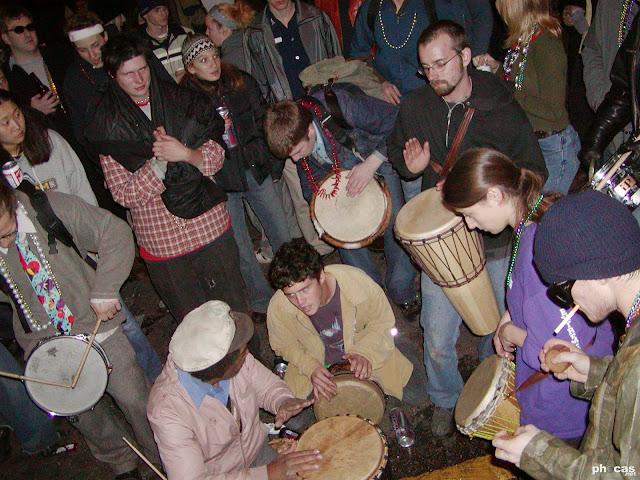 Without doubt, the adventure ended back in the Marigny. It is a favorite spot on Mardi Gras night, either on the street or at Cafe Brasil, or around the corner chillin' at the Dragon's Den.