Showing posts from February, 2016
Show all 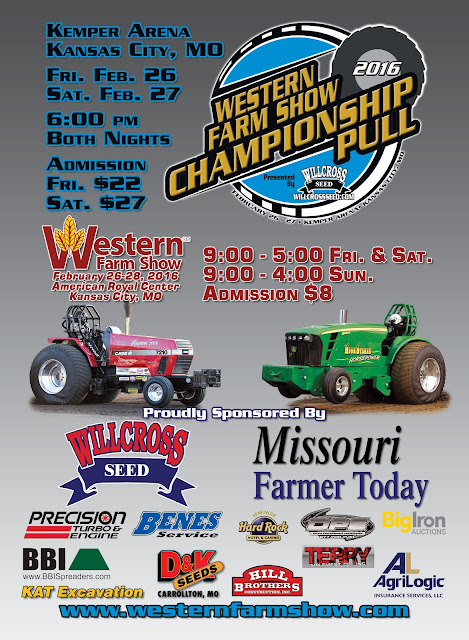 The annual Western Farm Show descended upon Kansas City, holding a Truck and Tractor Pull at Kemper Arena.  Some folks we knew were unable to attend, so we jumped at the opportunity to use their tickets.  We had a fun night filled with an overabundance of air and noise pollution, as diesel fumes, roaring engines and screaming superchargers filled the air inside the old arena. While unable to count particulate matter, Security seemed to have a good sense of the danger to second and third levels.  They chased us off the second level after only three trucks made their run.  It worked out for the better though.  A General Admission event, we ducked in and out of several aisles on the first floor before settling on front row seat at midfield.  The air was noticeable of a higher quality too, but the noise levels were much higher. Recalling an app on the phone for monitoring decibel levels, the event averaged 85 dB, and peaked at 98.6 dB.  Undoubtedly, hearing protection was requ
Post a Comment
Location: Kemper Arena, 1800 Genessee St, Kansas City, MO 64102
read more » 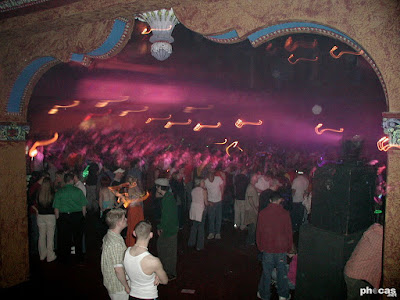 Hard to believe that a gap of more than 15 days between events occurred between February and March 2003, but that is exactly what happened.  I have no idea why, or if there really was any reason.  Perhaps, we were all just storing up energy for the one event that promised to move Kansas City, promising to be the biggest yet. Chaos Theory descended upon the Uptown Theater in mid-March, and everyone turned out.  The line to get was out the door and down the block.  It remained that way for the first few hours of the event.   Local promotion group PhukBed had outdone themselves bringing in Baby Anne, Charles Feelgood, Dara, and John Kelley, along with Stan Doublin from St Louis, and a solid local supporting cast.  It was wild night of dancing, and there was not one unhappy soul in the house. It was one of the first events in a long time where the crowd stayed until last beat dropped, and had to be told to get out.  Nobody wanted the night to end. Seemingly, everyone spent the rem
Post a Comment
read more »
More posts
phocas.net
music . dance . life . art . culture